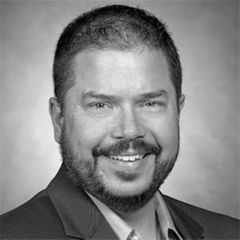 Ken Dunham, CISSP and CISM, has three decades of combined business, technical, and leadership experience in cybersecurity, incident response, and cyber threat intelligence. He currently works for World Wide Technology as a Principal Security Consultant. Mr. Dunham created transformative training programs for pilots and navigators of USAF U2, Warthog, and Predator programs. He has also been heavily involved in the innovation of responsible disclosure and Cyber Threat Intelligence, including DarkWeb and counter intelligence investigations in support of a multitude of large scale global investigations with various governments and federal authorities. His most recent innovation is the Optiv ThreatDNA (TM) platform and real-time ThreatBEAT (SM) service. Mr. Dunham is also actively involved with multiple non-profit groups including ISSA, ISACA, and the Cloud Security Alliance (CSA). He is widely published with multiple books and thousands of security articles and highly rated blogs, including article of the year by ISSA International on “Troubling Trends of Espionage”.