WWT has developed the Supplier Diversity program from the same foundation as the rest of our business – our clearly defined core values, corporate vision and mission. These principles provide transparency and visibility into our business and define how we engage employees, partners and customers.

Supplier diversity is a critical component of our success.

We believe investing in supplier diversity activities is a critical component of our company's success, which has allowed for overall growth in our small and diverse spending over the last several years.

To partner with small and diverse organizations that enable transformational business outcomes to drive inclusion and economic growth in our communities.

To mentor, educate, partner, and develop small and diverse business relationships one opportunity at a time.

At World Wide Technology, the importance of supplier diversity to our culture and business is reflected in our values and every aspect of our organization. We are committed to providing small, diverse suppliers (disabled-, LGBT-, minority-, veteran-, service-disabled veteran-, and women-owned businesses) and international business partners in our global communities equal access to direct and indirect business opportunities. 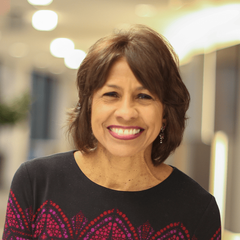 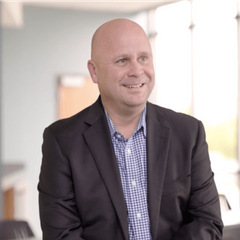 This program is designed to help train and integrate qualified and certified small, minority-, women- and disabled veteran-owned suppliers into provisioning products and services for our customers.

Provide mentorship and counseling to small and diverse suppliers.

Advocate for small and diverse suppliers internally and externally.

Participate in events that promote progress within the small and diverse communities. 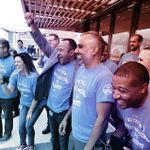 WWT is a proud partner with JPMorgan Chase and its Diverse Supplier Grant Initiative. The diverse supplier grant initiative program's objective is to provide Black-, Hispanic-, and Latino-owned businesses with access to capital needed to compete and secure corporate contracts.

WWT's Supplier Diversity program works closely with several key organizations that help amplify our ability to make a meaningful impact in regards to small and diverse business. Some of the organizations we support and accept as certification authorities are listed below.

A qualified business enterprise must be certified by a local, state, regional or national agency and be at least 51 percent owned, operated and controlled by one or more of the following:

Minority Business Enterprise (MBE) – a for-profit enterprise, regardless of size, physically located in the United States or its trust territories, which is owned, operated and controlled by minority group members. "Minority group members" are United States citizens who are Asian, black, Hispanic or Native American. Ownership by minority individuals means the business is at least 51 percent owned by such individuals or, in the case of a publicly-owned business, at least 51 percent of the stock is owned by one or more such individuals. Further, the management and daily operations are controlled by those minority group members.

A firm, including its affiliates, which is independently owned and operated, is not dominant in its field of operation and qualifies as a small business under the criteria and size standards in 13 CFR part 121 (see FAR 19.102). A table of small business size standards can be found on the SBA website.

WWT agrees to meet the principles of Public Law 95-507 and the Federal Procurement Regulations, including the Federal Acquisition Regulation, and to ensure that our business practices conform to these regulations.

Veteran Business Enterprise (VBE): A business concern that is at least 51% owned, operated and controlled by one or more veterans. (Also referred to as VOSB)

Disability-Owned Business Enterprise (DOBE):A for-profit business that is at least 51% owned, managed and controlled by a person with a disability regardless of whether or not that business owner employs person(s) with a disability.

LGBT-Owned Business Enterprise (LGBTBE): A business concern that is at least 51% owned, operated, managed, and controlled by an LGBT person or persons who are either U.S. citizens or lawful permanent residents.  Has its principal place of business (headquarters) in the United States. Has been formed as a legal entity in the United States.

We invest in small businesses and enable them to grow and win business in the public sector market. 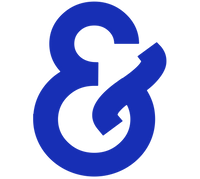 Our commitment to continuously invest in a culture of inclusion that drives shared value across our people, business and community.

We are committed to making a positive impact on the world by taking care of our people and communities in which we serve.

We have a responsibility to hold ourselves, our partners and our suppliers to high standards of behavior with regard to social, environmental and ethical issues.

WWT has established a Supplier Code of Conduct that provides guidelines for performance and compliance with critical social, environmental and ethical issues and expects its suppliers to acknowledge and adopt this code.