What is augmented reality, how is it different from virtual reality and what do you need to know to get started?

Introduction to an augmented world

Many people have heard of AR (augmented reality) and are curious as to what it's all about. They likely have questions like: What is AR is and what makes it different from VR (virtual reality)? What should I know and how do I start if I'm going to be working with AR? What technologies are useful for creating AR applications? And what are their pros and cons?

Thankfully, WWT can answer all of these questions! This article is an introduction to building augmented reality applications on mobile devices.

Augmented reality is a technology that superimposes a computer-generated image over a user's view of the real world, thus providing a composite view. Whereas VR creates an entirely new world to interact with, AR adds to our existing world.

There are different types of AR and each has its own specific use cases it is best suited for. The three major types of AR are:

Marker-based AR works quite well for adding simple pop-up information to items already in the world. It's good for explaining a concept in animated form, labeling something or providing insight into the workings of an object being interacted with. Marker-based AR generally ends up being used as a sort of advanced signage, though it has some other cool uses as well.

Simply put, marker-based AR applications can't run well without high-quality markers. A marker is a visual indicator of some information, object or location to which the app should pay attention. Markers can either be objects that have been scanned or images.

Low-quality tracking images often lead to superimposed assets either not showing up on screen, jerking around and/or shuddering as a device is moved around the image. Finding or creating a high-quality tracking image can be a complex task. If you're struggling with marker-based AR images, WWT offers services that let us review your AR applications and your markers. Contact us for more information.

Various development environments have their own ways of measuring the quality of tracking images. For example, Android includes a command line tool, while XCode (iOS) includes tooltips on tracked images.

For a more in-depth breakdown of good and bad practices in image creation, Vuforia has a great explanation.

On the other hand, markerless augmented reality doesn't require pre-defined markers or targets. This type of AR uses the compass, GPS, accelerometers and surface detection to orient 3D assets and information in the augmented world.

This technology can create a sign for hikers or people looking for a specific restaurant. It can also be used to give a visible map to the stars or display game characters. A few applications have started using beacons to increase precision and have accurate indoor navigation; this is something difficult to achieve when only using GPS for location due to walls blocking satellite signals.

Some apps project information directly onto the world itself -- called projected AR. One notable example of projected AR is an application that projects the location of blood vessels onto a person's skin, allowing medical professionals to more accurately draw blood or insert IVs.

In all examples of AR, though, two things can always be found:

Only newer phones have access to the native ARCore and ARKit  -- Android's and iOS's AR frameworks -- meaning most AR solutions will have a limited audience. At a minimum, these technologies require Android API 23 (Nougat) or iOS 7.

While this does capture a significant portion of the population, older devices can still be targeted for AR using Vuforia, a library often paired with Unity. Vuforia -- a cross-platform AR and mixed reality (MR) application development platform -- will work with any device that has a camera.

Which technology to use?

Serious considerations when creating an AR application include how to develop and which platforms to release on.

On one hand, native iOS and Android development could be considered the easiest way to get started for many reasons. However, because they aren't cross platform, you'd likely need both iOS and Android teams to get an app on both platforms.

React Native is a cross-platform solution that allows you to build an app on all mobile devices.

Unity is a platform mostly used for building games, but it has impressive AR capability.

Each way of building these apps has its pros and cons. If you have an idea for an augmented reality app, contact WWT for help getting started.

At the end of the day, AR already has quite a few interesting uses, from noting interesting locations in an area or the cosmos, to playing games with cute animated creatures, to projecting blood vessels on patients.

We've already put this technology into action through the recommendation engine inside our ATC Connect app. ATC Connect offers access to WWT's solutions and lab capabilities and provides users tailored recommendations based on their interests.

In the coming years, AR will have even more uses, especially as the technology advances to the web and beyond. The extent to which the technology has already advanced is truly staggering. Here we are in the future, and it's bright!

For more information on how to start an AR project, contact WWT. You can also explore any of the links below to learn more: 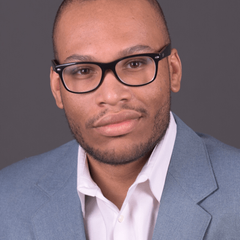 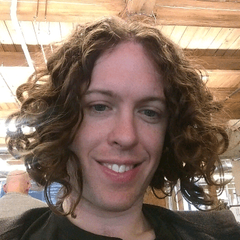