An Introduction to Regular Expressions in C#

Learn how to use regular expressions in C# to perform advanced searches in text and easily convert text, leveraging the best of regexes and C#.

Regular expressions (also called "regexes") are a powerful way to find pattern matches in text and optionally replace matched text. They provide a more versatile approach than a literal find and replace in text.

I have used regular expressions in C# professionally for over a decade to convert text from one format to another and to extract data from text files. Regexes can accomplish things in one line of code that would require several lines of code in C#.

In this article, I describe the features that I find most useful in the Regex C# class. And I assume you have at least a basic understanding of regex pattern syntax and C# syntax.

The Regex C# class provides methods to match text with a regex pattern. There are also methods that accept C# code to replace the matched text, letting you leverage regex and C# logic to perform find and replace operations.

The class is in the .NET library System.Text.RegularExpressions. This library ships with all versions of .NET, so if you have .NET installed on your machine, you can easily use this library in your C# project.

Let's start with the most basic method: IsMatch(). This method checks if a regex pattern string matches anywhere in the given input string and returns true or false. Think of this method as a more advanced version of string.Contains().

Here is a simple example that checks if the text variable contains a lowercase letter:

In this example, the Boolean variable hasLetter is set to true because the regex pattern [a-z] will match the first lowercase letter in text: t.

Here is an example that will get the first lowercase letter from a string:

In this example, the Match() method uses the regex pattern [a-z] to match the first lowercase letter in text: a. The Match() method returns the Match object, then firstLowercaseLetter is assigned to the match text value via the Value property.

This method only finds the first occurrence that the pattern matches. If you expect a regex pattern to have more than one match in a string, then you can use the Matches() method to get a MatchCollection (a collection of Match objects). Here is an example:

In this example, the Matches() method finds every occurrence of a lowercase letter in text and returns a MatchCollection representing the matches. Next, the variable matches is assigned to the MatchCollection and each match is used by iterating over matches in the foreach loop.

The Replace() method takes functionality to the next level. You can use this method to match text like with the Match() method above, but then you can use a replacement string to replace the matched text. The method returns a copy of the input text modified with the replaced text in place of the matched text segments.

The static version of this method replaces all match occurrences; the instance version allows you to set a limit to how many occurrences are replaced. In my experience, I have almost always wanted to replace all occurrences.

Here is an example that finds a number surrounded by an HTML bold tag and replaces it with an italic tag:

Building on the previous example, suppose you want to replace the matched number with the spelled out number, like replacing 1 with One. Here is how you can use a MatchEvaluator to process the matched text with C# code:

Suppose you need to get text from a file and then search for the line that text is on in a string:

All of the methods described above (with the exception of the Escape() method) have an overload that accepts a RegexOptions enumerated type parameter that lets you set various regex options. These are the options that I find most valuable:

For more information on the Regex C# class, check out this documentation.

For a convenient way to develop and test a regular expression pattern, go to RegExr. RegExr will analyze your regular expression and explain what each element in the regex matches. It also has very helpful regex reference documentation.

In this article, I described the features in the Regex C# class that I find the most valuable. I also described how to use regexes and C# code together to perform more complex find and replace tasks. I hope this article helps you get started in using regular expressions in C#. 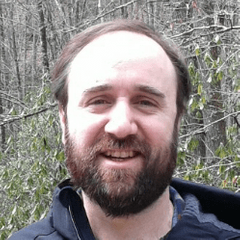