A compilation of Meltdown and Spectre resources and how to use WWT's test environment to perform patch testing for common scenarios and workloads.

How to protect against the Meltdown and Spectre vulnerabilities

Meltdown and Spectre are two different (but related) vulnerabilities found in almost all modern processors, affecting mobile devices, desktop and laptops, and servers. They are the result of hardware architectures that allow user-space programs to read in-memory data that they wouldn't normally be allowed to read. For instance, one user's application could potentially access passwords or encryption keys from another running process.

For more discussion on Spectre and Meltdown, click on the link below to hear Gene Geddes and Ian Evans on this episode of WWT's TEC17 podcast series.

The vulnerabilities affect desktops and laptops, tablets, mobile phones, servers and cloud server instances -- pretty much everything. Of particular concern are multi-tenant or shared environments such as public/private clouds where sensitive user/company/state data could potentially be accessed by bad actors.

Initially, researchers believed the only solution would be to physically replace all affected processors – an impractical solution in the short term. Instead, researchers, processor manufacturers, and leading industry software vendors agreed that operating system and application code would be patched to provide near term protection against exploits.

For more technical detail, please refer to the published security research papers on Meltdown and Spectre.

How do they affect me?

The not so bad news:

Meltdown and Spectre – similar, but not the same

As mentioned above, Meltdown and Spectre are related side-channel vulnerabilities but differ greatly in their scope and impact. It is important to understand their operational similarities and differences.

WHAT ARE THE VENDORS DOING?

This section has been updated to reflect our most recent findings. (2/16/18)

Microsoft has been very active in releasing several patches for Spectre over the past two weeks and has also released a number of free tools and monitoring options. For more on this, check out: https://blogs.windows.com/business/2018/02/13/windows-analytics-now-helps-assess-meltdown-and-spectre-protections/

One of the more interesting approaches to fighting Spectre is an effort by Microsoft to address variant #1 (bounds checking) by having its C++ compiler insert a special instruction in front of any code segment that accesses an array to prevent invalid access during speculative execution. Check out this excellent summary in Ars Techica. Unfortunately, Paul Kocher, one of the original discoverers of the Spectre vulnerability, has already tested the fix and believes it falls short of adequately blocking most Spectre-based attacks. Nevertheless, this effort is a great example of the sort of innovative research happening now that will be needed to counter Meltdown and Spectre in the long term.

Many cyber security OEMs also continue to offer their help in this battle, just two examples being Qualys and Palo Alto with new firewall signatures to detect attacks based on publicly available research code.

How can WWT help?

There are two areas of risk most organizations have regarding Meltdown and Spectre: the security risk itself, and the operational risks of patching and post-patch affects.

WWT is focusing on both and is here to help enterprise organizations make the best of a bad situation. 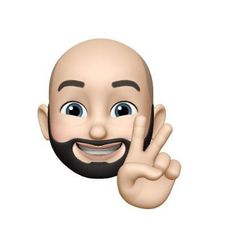 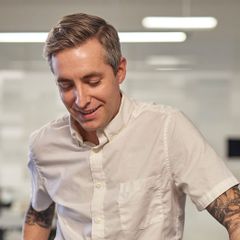