Putting Fortinet Secure SD-WAN Through the Paces in the ATC

Many know Fortinet as one of the leaders in the security space but not many have looked at them through the lens of SD-WAN. Within the Advanced Technology Center (ATC) we recently took a look at Fortinet's Secure SD-WAN offering and put it through the paces with our Lab Services SD-WAN test plan template. Through our testing, we found that overall Fortinet is a serious contender in the SD-WAN space and should be in the discussions when considering an SD-WAN solution for your environment.

The combination of SD-WAN, security, automation, reporting, and SD-Branch make Fortinet's Secure SD-WAN a compelling full-stack solution for branches and campuses.  In the following sections, we'll touch on each of these topics.

Fortinet's Secure SD-WAN is flexible in the deployment models that it supports.  You can build a traditional hub and spoke topology, partial mesh topology, or auto-discovery VPN (ADVPN) topology.  ADVPN is a Fortinet proprietary IPSEC technology that allows traditional hub and spokes to establish dynamic, on-demand, direct tunnels between each other without having to route traffic through the hubs.  This is like having a full mesh topology but without having to have the IPSEC tunnels up between all sites at all times.  There is one caveat to an ADVPN topology though; you are unable to load balance traffic across all available transports for spoke to spoke traffic.  In this situation, you can either specify the primary transport and backup transport for traffic or let the SLA determine the optimal transport.  All these topologies are built on two components; IPSEC VPNs and a routing protocol (no centralized controllers used here).  You can find an example of how to configure a hub and spoke deployment here or ADVPN deployment here.  In this lab environment, an ADVPN topology was configured.

Once the underlay and overlays are up you can begin to define SLAs and put SD-WAN rules in place to dictate the flow of traffic.  An SLA is used to monitor the health of the links.  Within the SLA you define the protocol (ICMP or HTTP) to be used to monitor, the remote server (IP or FQDN) to monitor, and the SLA targets (latency, jitter, and/or packet loss thresholds).

After defining the SLAs the next step is to create SD-WAN rules.  The SD-WAN rules have three components; source, destination, and outgoing interfaces.  The source is optional and can be configured with an address or user group (Active Directory based).  The destination can be configured with an address or internet service/application. Within outgoing interfaces you define a strategy (manual, best quality, lowest cost, or maximize bandwidth), interface preference, and measured SLA.  Additional information on SLAs and SD-WAN rules can be found here.  If SD-WAN rules are not defined an implicit rule is used.  In this lab environment, SD-WAN rules were implemented to have all traffic prefer the MPLS transport unless latency goes above 100ms.

At the heart of the FortiGate is a NGFW and everything else is built around this.  You cannot pass any traffic through the FortiGate without first defining the security policy to permit it.  This firewall has all the NGFW features that you would come to expect.  The FortiGate NGFW has been evaluated many times in the ATC and has always shown well.

The FortiGate was developed with an automation mindset.  From the start you can bring your FortiGates online through the Zero Touch Provisioning (ZTP) process.  When the FortiGate comes online it will reach out to FortiCloud which has a database of your inventory.  FortiCloud will redirect the FortiGate to your instance of FortiManager.  Within FortiManager you can have templates staged for your devices.  When the FortiGate checks in you can have it automatically provisioned by FortiManager or it can go through an approval process and then be provisioned.  Templates within FortiManager can contain global settings that apply to all or groupings of your FortiGates.  The templates also support custom variables that can be unique per FortiGate.  Once devices are up and online you can continue to manage them via FortiManager to push out configuration changes or perform code upgrades.

Through FortiManager and FortiAnalyzer you can generate reports that will give you insights into the state of your environment.  By default, there are pre-canned reports that should satisfy most needs.  Custom reports can be created using the templates that are defined within FortiManager.  For those that need to get even more granular custom SQL queries can be run against the database to extract the exact data you are looking for.

The Fortinet SD-Branch is comprised of the FortiGate, FortiSwitch, FortiAP, and FortiNAC.  All of these can be managed from a single pane of glass and each has deep integrations with one another to create a comprehensive secure access solution for your branch and campus environments.  We did not get a chance to test this but hopefully in the future we can.  There are few vendors in this space that offer a full-stack solution to this degree.

Something that often does not get mentioned but is critical is documentation and the Fortinet website has excellent documentation, you can find the documentation for the release we tested here.

At this data center we have two FortiGate Secure SD-WAN units setup in HA (active/standby).  In this type of HA deployment the units share an identical configuration (hence the same IP addresses used between the two on the diagram).  Both FortiGates are connected to the Internet and MPLS transports via the data center WAN edge routers.  The active FortiGate is eBGP peering with both data center WAN edge routers.  The active FortiGate forms overlay tunnels with the other SD-WAN units in the fabric via this WAN connectivity.

This data center is setup similarly to data center 1 except it has a single FortiGate Secure SD-WAN unit and a single WAN edge router terminating both WAN service providers.

At this branch we have two FortiGate Secure SD-WAN units setup in HA similar to data center 1.  Each FortiGate has a connection to each WAN service provider (Internet and MPLS).  In an active/standby deployment it is preferred to have both WANs connected to both units.  In an active/active deployment you could have WAN A terminate on FortiGate-01 and WAN B terminate on FortiGate-02 and both units would be able to use both WANs (as documented here).  The active FortiGate is eBGP peering with both WAN service providers.  The active FortiGate forms overlay with the other SD-WAN units in the fabric via this WAN connectivity.

On the LAN side the active FortiGate is the gateway for the LAN side networks and is redistributing these directly connected networks into the SD-WAN fabric.  This lab environment was primarily virtual and due to the nature of our setup we had to create separate interfaces per network on the FortiGate.  The FortiGate does support subinterfaces and would have been the configuration we had used if we did not have our limitations.

To support connectivity to the legacy site (Branch 3) the active FortiGate is redistributing it's LAN side prefixes into the MPLS underlay and also permitting Branch 3 prefixes to be added to the it's routing table.  This allows Branch 1 and Branch 3 to talk directly via the MPLS without having to go through the data centers.

To support connectivity to the legacy site (Branch 3) the FortiGate is setup similarly to Branch 1 so that Branch 2 can talk directly to Branch 3 via the MPLS without having to go through the data centers.

These traffic profiles represents a small subset of common applications (HTTP/HTTPs, FTP, Voice) taht we see in an enterprise environment.  At a high level the following traffic patterns will be flowing throughout the topology:

Outlined below are the traffic profiles that were used during the testing.

Since the initial testing by the ATC Lab Servies team, the Global Solutions Development team has partnered to create an on-demand lab that provides hands-on experience with the Fortinet SD-WAN Solution.  The environment that supports this lab is completely virtual, removing any hardware dependencies associated with physical infrastructure. This lab itself uses FortiManager as the single pane of glass for configuration, monitoring and deployments.

The modules included in this lab are: 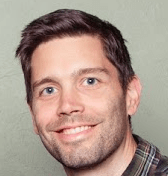 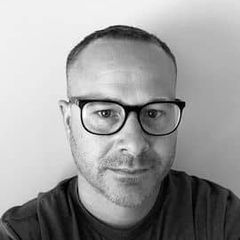