This article will provide — for organization leaders who use performance reviews as decision-making factors — familiarity with the fundamentals of Systems Dynamics and Systems Thinking, as well as insights on how to employ the systems approach as a navigation system through the complex causalities involved in organizational feedback loops. We'll introduce causal loop diagrams as a tool to well-inform, well-prepare and empower leaders to guide their organizations’ performance review processes from their current state (i.e., gender-biased performance feedback) to a desired future state (i.e., gender-neutral performance feedback). 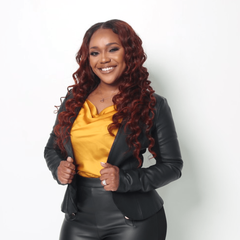 In the contemporary global business environment, characterized by turbulence, volatility, uncertainty, complexity, and ambiguity (VUCA), traditional organizational planning and strategy approaches prove inadequate, as they erroneously assume relative predictability and stability of internal and external environments (Chermack, 2011). Taking a systems approach to strategy in VUCA environments enables leaders of all organizational cultures to position themselves for optimal outcomes.

Systems Dynamics involves the construction of simulation models that assist with obtaining a clearer understanding of social and corporate systems. All that exists are systems and parts of systems (i.e., subsystems), from micro to macro levels (Anderson & Johnson, 1997).

Systems comprise a complex web of interrelated, interconnected causes and effects. One aspect within a system inevitably affects one or more other areas within that system and often within one or more systems external to itself. The prior statements describe the phenomenon that comprises the concept of Systems Dynamics.

Let us dig deeper into systems, the concept of systems thinking, and how leaders can develop and execute befitting and effective strategies through purposeful cognizance and persistent consideration of systems dynamics (i.e., systems thinking).

What is a system?

Everything from an atom (the fundamental building block of all matter) to the entirety of the cosmos qualifies as a system. A system is a complex whole, formed by a group of interrelated, interdependent, interactive, physical, or intangible components constantly functioning in concert to serve a specific purpose within a larger system (Anderson & Johnson, 1997).

In other words, a system can be any interconnected group of things that act in some way as a unit (Cornish, 2004). We, ourselves, exist within systems and are continuously influenced by systems in every facet of life (e.g., natural environment, family, education, healthcare, organizational life, government, etc.) (Anderson & Johnson, 1997).

For a system to serve its purpose optimally within the larger system, all of the system’s parts must be present and arranged precisely to allow for interactions, fluctuations, feedback, and adjustments to circulate unremittingly (within the system and between the system and its environment) to maintain the system’s stability (Anderson & Johnson, 1997).

Exploring systems and understanding how they work (system behavior) empowers us to function proactively and more effectively within them and to shape our quality of life and desired futures by anticipating not-so-predictable behavior (Anderson & Johnson, 1997).

Within and among systems occur constant, reciprocal changes (i.e., causes) and consequences (i.e., effects)—this is the essence of Systems Dynamics—best understood, effectively communicated about, and most appropriately acted upon by the practice of Systems Thinking.

Generally, five principles produce and support Systems Thinking: (1) “big picture” thinking, (2) balance between long- and short-term perspectives, (3) cognizance of the complex, dynamic interdependent nature of systems, (4) assessment of both measurable and immeasurable factors, and (5) mindfulness that we all belong to and function within systems and that we constantly influence these systems as we are influenced by them (Anderson & Johnson, 1997).

Systems thinking focuses on closed interdependencies, emphasizes consideration of wholes instead of parts and asserts the role of interconnections (Anderson & Johnson, 1997). During discussions of complex issues, systems thinking offers a precise set of rules and visual tools that reduce ambiguities and miscommunications and illuminate implications and insights through easy-to-remember models (Anderson & Johnson, 1997).

For example, causal loop diagrams introduced later in this article, facilitate the systems thinking process by emphasizing the dynamics of a problem while revealing subtle yet meaningful variances in viewpoints (Anderson & Johnson, 1997).

Through a unification of organizational studies, behavioral decision theory, and engineering concepts, Systems Dynamics offers a theoretical and empirical foundation for structuring relationships in complex systems (Anderson & Johnson, 1997). To effectively recognize and evaluate Systems Dynamics, we must appreciate the interconnections between and among the parts of a given system; we must synthesize those interconnections into an integrated view of the complete system (Anderson & Johnson, 1997).

Understanding and responding appropriately to systems dynamics is about having an active awareness (i.e., observing, sensing, intuiting, measuring, and adapting) of the environment and accurately developing dynamic strategies and action plans based on current, in-the-moment, and anticipated needs (Canton, 2015).

Again, we exist as systems having subsystems. We live within systems and subsystems. We are constantly influencing and being influenced by systems, all of which remain continually in flux, from larger than galaxies to smaller than atoms (Cornish, 2004). Everything exists within a constant state of change, within which connections are continuously being formed and broken within and among systems (Cornish, 2004).

The systems approach focuses on relationships among things rather than the things themselves, as the relationships (and interactions) among things are the shapers of events (Cornish, 2004). Systems thinking helps us think more broadly about how events occur, perceive structures suggesting probable outcomes, and develop frameworks for effective preparation, proactive strategy development, and appropriate responses to change (Cornish, 2004).

Interrelationships, interdependencies, and interactions between and among systems’ components can be challenging to perceive without clear, simple visual representations of the involved factors. Causal loop diagrams (CLD’s) serve exactly that purpose—to facilitate visualization of the reinforcing and balancing loops omnipresent amid systems dynamics.

Causal loop diagrams (CLD’s) are graphical renditions of systemic structures that can help leaders and strategists to explore dynamic interrelationships among variables that previously may not have been considered (Anderson & Johnson, 1997). CLD’s are simple maps of the interconnections in a closed-loop system of cause and effect relationships; they create a space for hypothesizing and testing problem resolutions without risk (Anderson & Johnson, 1997).

A typical CLD involves: (a) one or more feedback loops, (b) variable cause and effect relationships, and (c) delays (Anderson & Johnson, 1997). Organizational systems dynamics often involves closed-loop systems, in which either reinforcing loops, balancing loops, delays, or any combination of these exist, depending on the nature of the interconnections within the system (Gordon, 2009).

The value of CLDs in resolving complex issues

CLD’s depict cause-effect connections, with the intention of incorporating all elements of change; however, they cannot: (a) account for forces nor blockers of change (both of which are required for predictability), (b) guarantee of inclusion of all factors, and (c) guarantee fully accurate depiction of present or future reality (Gordon, 2009).

Organizations are increasingly gravitating toward transforming their cultures into healthy, effective feedback cultures. Doing so generally can improve member satisfaction and individual and organizational performance, as people’s voices are heard and feelings are considered (Namazie, 2019). In feedback cultures, organization members develop growth mindsets, feel empowered to share ideas and concerns, and feel general a sense of recognition and appreciation, thus spawning proactivity and creativity (Namazie, 2019).

Often, in feedback cultures, although organization members are free to give and open to receive feedback regularly, members’ outgoing feedback lacks effectiveness and fails to fulfill its intended purpose, and rather can be harmful.

Studies show that this is especially true on performance reviews when the feedback recipients are women, as women: (a) are reviewed more disparagingly and subjectively, (b) are subjected to higher personality and behavior standards than men, (c) often do not receive due credit for their work, (d) receive feedback that is vague and not outcome-related, and (e) are expected to be expert communicators unlike their purported male “technical expert” counterparts (Cecchi-Dimeglio, 2017; Correll & Simard, 2016; Synder, 2014).

The following CLD’s illustrate a portion of the current state of the typical Performance Review feedback loop, later to be compared to the desired state.

In Figure 1 below, we can see a few of the first-order consequences of unstructured, unintentionally gender-biased Performance Review feedback delivered to women. When women receive nonspecific, non-performance-related feedback, adverse effects can result.

In this example, women can begin to lose their authenticity and feel less comfortable being their true selves at work, leading to disengagement and performance degradation, widespread frustration, women’s ultimate departure from the organization, and significant adverse effects to bottom lines. Likewise, when the women miss opportunities to improve their performance, the company misses opportunities to benefit from their improved performance.

To improve, organization members can employ structured feedback tools such as the Situation-Behavior-Impact (SBI) tool, which asserts that feedback must include clarification of the Situation, descriptions of observed Behaviors, and explanations of the behaviors’ Impact on the giver of the feedback (Center for Creative Leadership, 2020). Doing so can significantly reduce the anxiety involved with giving feedback, as well as any defensiveness that the recipient might otherwise experience (Center for Creative Leadership, 2020).

In this example, women in the workplace receive structured, objective, unbiased (gender nonspecific) feedback upon which to build their plans for improvement and growth. Consequently, these women may become more motivated, which can cause their positive contributions to increase.

By not being judged on their personalities or non-performance-related behaviors, women can be their true selves in the workplace and feel happier and more engaged. This scenario appears as a win-win as both the women and the organization benefit from the enhanced Performance Review process.

In today’s VUCA environment, strategic leaders are behooved to employ a systems approach (e.g., systems thinking) to assess, respond and prepare for change, affording themselves a competitive edge. In doing so, leaders and strategists must zoom out to the system level to evaluate and attend to factors that otherwise might not have been considered.

Using CLD’s is a straightforward way to put this into practice and ease the problem-solving and decision-making processes, increasing the likelihood of optimal preparedness for change and its effects.

To reduce (and possibly alleviate completely) the occurrences of unconscious gender bias involved in Performance Review feedback, organization leaders are behooved to consider using structured feedback tools such as the Situation-Behavior-Impact (SBI) tool. The SBI asserts that feedback must include clarification of the Situation, descriptions of observed Behaviors, and explanations of the behaviors’ Impact on the giver of the feedback (Center for Creative Leadership, 2020). Doing so yields insurmountable benefits to the individual receiving the feedback and to the organization alike.

Cecchi-Dimeglio, P. (2017). How gender bias corrupts performance reviews and what to do about it. Retrieved from:https://hbr.org/2017/04/how-gender-bias-corrupts-performance-reviews-and-what-to-do-about-it

Center for Creative Leadership. (2020). Use Situation-Behavior-Impact (SBI) to Understand Intent. Retrieved from https://www.ccl.org/articles/leading-effectively-articles/closing-the-gap-between-intent-and-impact/

Namazie, P. (2019). Why a feedback culture matters – and how to establish it. Eurasian Nexus Partners. Retrieved from https://eunepa.com/why-a-feedback-culture-matters-and-how-to-establish-it/

Schaffernicht, M. (2010). Causal loop diagrams between structure and behavior: A critical analysis of the relationship between polarity, behavior and events. Systems Research and Behavior Science, 27(6), 653-666. https://doi.org/10.1002/sres.1018