What Is Direct Routing for Microsoft Teams?

With some (or all) of your workforce working from home, has the use of Microsoft Teams increased? Has this led to users wanting the ability to make or receive calls via Teams? In this article, we will cover what Direct Routing for Teams is, along with the features, requirements and architecture of this solution.

Microsoft Teams Phone System has been developed with native calling capabilities to allow organizations to replace their legacy on-premises PBX.

Media bypass enables you to shorten the path of PSTN media traffic and reduce the number of hops in-transit for better performance. With media bypass, media is kept on net between the SBC and the Teams client, instead of sending it via the Microsoft 365 Cloud.

If the Teams client has direct access to the public IP address of the SBC, the call flow is as follows:

Without media bypass, when a client makes or receives a PSTN call, both signaling and media flow between the Teams client, Microsoft Phone System and the SBC. This can cause significant quality issues in networks which do not have sufficient bandwidth to support the real-time media packets for voice calls.

The diagram below shows the call flow for non-media bypass calls:

Local Media Optimization (LMO) allows the Teams client to connect to either the private or public IP address of the SBC depending on where the user is located. When using media bypass without local media optimization, the Teams client must be able to connect to the public IP address of the SBC regardless of user location -- causing a traffic hairpin when users are making calls from within the corporate network.

LMO leverages the same location information services configuration used with location-based routing and dynamic E911, where the SBC is associated with a region, site and subnet. When a user makes a call from a subnet within the same site as the SBC, the Teams client routes the media traffic directly to the SBC private IP address. When the user is external, media traffic is routed via the SBC public IP address.

LMO for Direct Routing lets you manage voice quality by:

Centralize all local trunks through a centralized SBC connected to the main Session Initiation Protocol (SIP) trunk -- providing telephony services to all local branch offices of the company.

With downstream SBC, you can build a virtual network topology of SBCs -- where the SBCs in the local branch offices are connected to a centralized proxy SBC that is visible to, and communicating with, Microsoft Phone System through its external IP address. In a virtual network topology, downstream SBCs are communicating through internal IPs and are not directly visible to Phone System.

Questions or comments? Sound off in the comment section below and feel free to reach out to discuss your specific architecture. 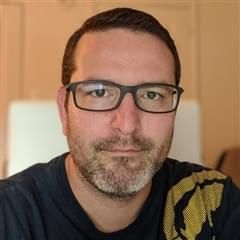