Today marked the groundbreaking for WWT's new headquarters at Westport Plaza. Missouri Gov. Jay Nixon was in attendance and expressed his excitement for this expansion and the growth it will bring to Missouri. 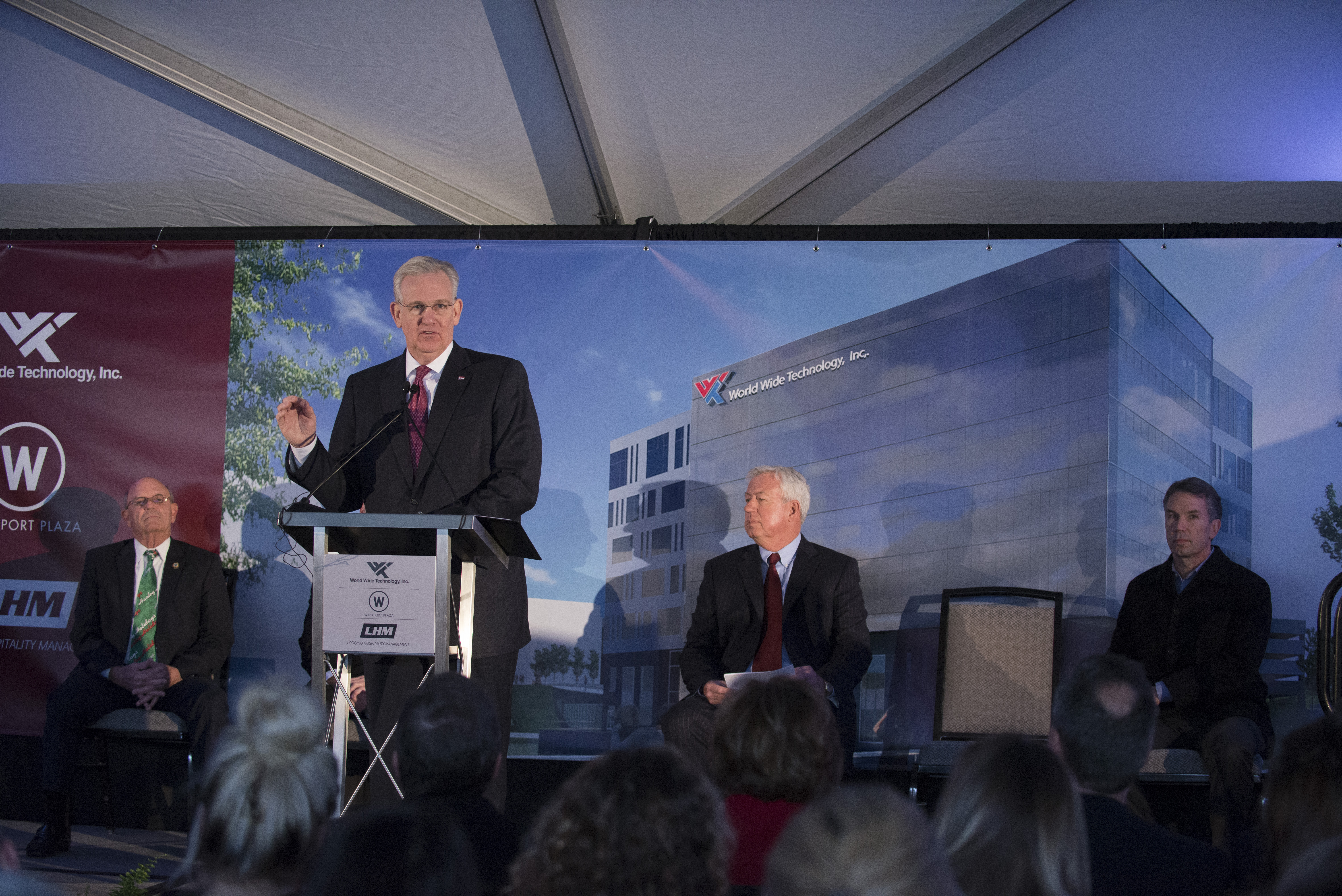 Missouri Gov. Jay Nixon helped turn over shovelfuls of dirt at the site.

This is not only a $95 million expenditure and a revitalized Westport, but a technology giant putting deep roots in the Show-Me State for growth in the future. - Missouri Gov. Jay Nixon

The new 210,000 square foot World Wide Technology global headquarters is expected to open in mid-2017 and has a capacity to house 1,000 employees.

It will also allow World Wide to start adding 100 new workers per year.