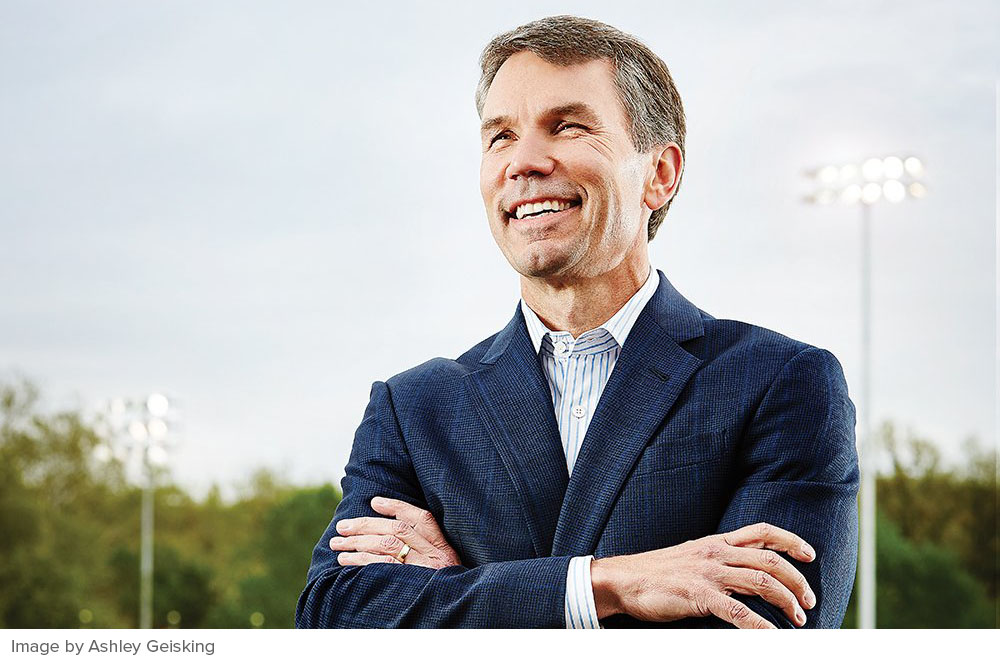 In some ways, Jim Kavanaugh’s entire life has led to this moment. The Blues co-owner has watched the team reach the Stanley Cup for the first time since he was a boy growing up in a blue-collar family. The company he co-founded, World Wide Technology, is about to turn 30 and has doubled down on its investment in the community, building a state-of-the-art headquarters in Maryland Heights and an industrial facility in Edwardsville. And since teaming up with the Taylor family, including Enterprise Holdings Foundation president Carolyn Kindle Betz, he hopes to bring a Major League Soccer team to town. If the former soccer pro were to write a business book, we’re guessing these might be among the takeaways.

1. Never underestimate the power of determination.

“The Blues exemplified it this year,” says Kavanaugh, who invested in the team alongside other locals (including Enterprise chair Andy Taylor) in 2012. Personally, he’s seen the payoff of perseverance. The son of a bricklayer, Kavanaugh earned a soccer scholarship to SLU. He went on to play in the Pan Am Games, on the 1984 Olympic team, and as a pro. In the late ’80s, after hanging up his cleats, he joined forces with David Steward, and they co-founded a company with a rather ambitious name.

If MLS4TheLou wins its bid for an expansion team, it would be the league’s first majority women-led club. Kavanaugh is thrilled at the prospect: “It creates a better community and world.” Likewise, putting people from all walks of life in positions to succeed is a cornerstone at World Wide Technology, the nation’s largest African-American–owned business and a constant presence on Fortune’s 100 Best Companies to Work For.