On December 12th, 2015, WWT welcomed approximately 130 young, aspiring coders from all over St. Louis to participate in an Hour of Code.

On Dec. 12, WWT welcomed approximately 130 young, aspiring coders from all over St. Louis to participate in an Hour of Code. WWT coders staffed the event and helped individual students navigate their chosen coding exercise, which was run on Code.org, a popular code learning platform featuring a game-based environment to make the exercises more engaging. The game themes included Star Wars, Minecraft and Frozen and the students could choose which was most appealing to them. Not surprisingly, Star Wars was the most popular choice with the given ability to command droids R2D2 and B88.

The Hour of Code is a global movement reaching tens of millions of students in more than 180 countries. The idea behind the movement is to host a one-hour introduction to computer science, with one hour being enough time to learn that computer science is fun and creative, and that it is accessible at all ages and for all students, regardless of background.

Besides the students, other "learners" are the educators. After one hour of instruction, they gain the confidence to teach computer science, even though they may not have a college degree in it. Tens of thousands of teachers decide to pursue computer science further, either by attending professional development courses, offering follow-on online courses, or both. And this also applies to school administrators who realize that computer science is something their students want to learn and their instructors are capable of teaching it.

Two of WWT's conference rooms were transformed into coding classrooms for the event, and, true to the company's pair programming philosophy, two students occupied a workstation and worked together as a team.

The event featured students from around the region, including the entire fifth-grade class of KIPP Triumph Academy, a local charter school. The KIPPsters, as they're known, take coding classes as part of their school curriculum, so they were ready to go.

When asked their favorite part of the exercise, one student remarked, "We can make R2D2 move around the screen. That's really cool!"

One of the teachers present, who works with students with special needs commented,

Like the other students, the kids I work with have equal ability to code and get excited about it. It's a great equalizer and builds confidence in their ability to learn and succeed

Learn more about Hour of Code and how you can get involved and promote this great movement. 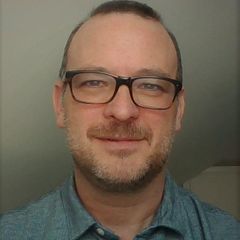