To honor community contributors, Phantom inducted 14 members for their creations of apps & playbooks, providing feedback and participating in tech sessions. 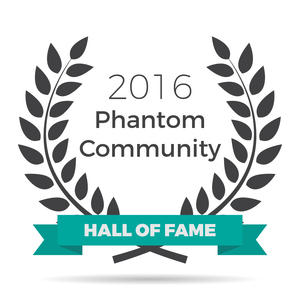 Officially launched in early 2016, the Phantom community has grown tremendously in a relatively short amount of time.  The last year also brought a significant number of contributions from the community with individuals outside of Phantom creating Apps & Playbooks, providing product feedback, participating in Tech Session presentations, and interacting with other community members over Slack. These contributions are instrumental in strengthening the community and helping to shape the new, rapidly growing category of Security Automation and Orchestration.

Grateful for the contributions, we wanted recognize these contributors in a special way. To that end, we’re pleased to announce the Phantom Hall of Fame; our way to show appreciation and spotlight the great work led by a number of individuals.