The new HQ will bring approximately 1,200 jobs to Westport Plaza by the summer. 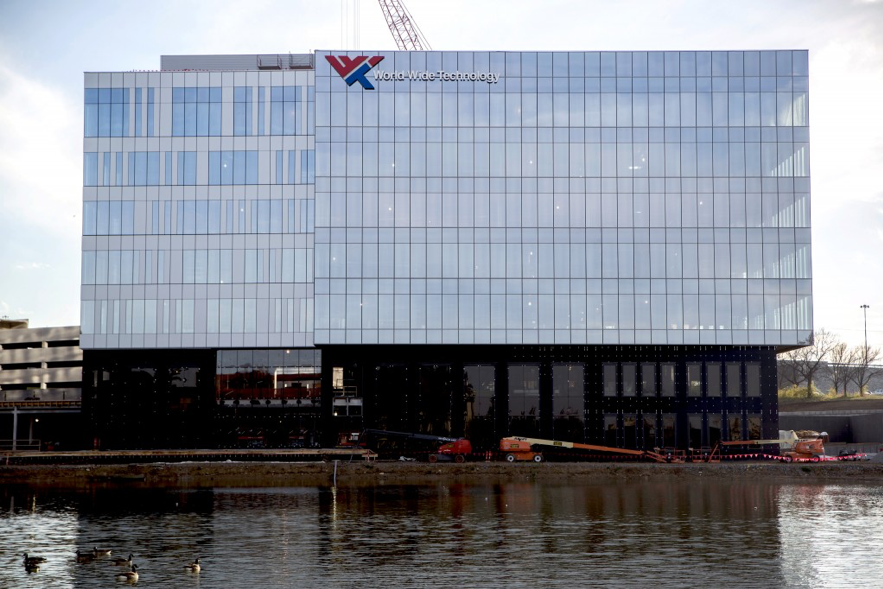 Westport Plaza in Maryland Heights has undergone a rebirth. Thousands of jobs are moving to the area, with additional developments soon to follow.

Other companies are also moving in, with an estimate 500 jobs soon to relocate in Westport.

Sherry Huibonhoa, president of the Maryland Heights Chamber of Commerce, said every day brings something new and exciting.

"I see growth like we've never seen before," she said. "I've been here 10 years and I can honestly say that the place has changed so much over the past two years."

And this may be just the beginning.

Developers point out that the location is perfect. It is close to Interstates 270, 70, 170 and 64, and only minutes from St. Louis Lambert International Airport. When it was developed in the 1970s, it was certainly a hot spot for corporate offices and nightlife. But the Plaza fell into a funk in the late 90s and 2000s. That's when Bob O'Loughlin stepped in.

"We bought (Westport) five years ago and it was 72 percent occupied. And now we'll be at 92 percent," he says.

O'Loughlin is the chairman of Lodging Hospitality Management, which owns dozens of properties across the area, including Union Station. He keeps his corporate offices in the gold tower at Westport.

"We actually moved our offices here before we bought the complex," said O'Loughlin. "There's a multitude of things to do here. It's a place where you can hop from one place to another and get a multitude of entertainment."

By this summer, there will be more than 5,000 people working at Westport every business day. In order to keep that many employees happy, Westport is expanding its offerings when it comes to dining. In addition to the restaurants already in place, a new bar and restaurant called Whisky Row will soon open up.