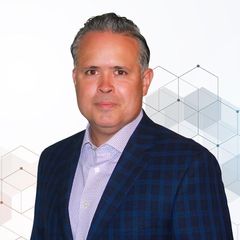 Rick Piña serves as the Chief Technology Advisor (CTA) for the Public Sector at World Wide Technology (WWT). In this role, Rick leads the Public Sector Technology and Innovation Group. This team is comprised of Executive and Senior-Level leaders, including former CIOs/CTOs/CISOs/SVPs, who engage with customers on strategy, innovation, and overall transformation, focused on achieving tangible operational and business outcomes at enterprise scale. Piña has over 30 years of experience in the information technology field. He joined WWT in 2015, after serving in the United States Army for 25 years. His culminating assignment was serving as the United States Army Chief Technology Officer (CTO) and Principal Technical Advisor to the Army Chief Information Officer (CIO). Piña also serves as an agent for change and thought leader, communicating WWT’s innovation in public-facing forums and venues, clearly articulating the connection between emerging technology and customer gaps and requirements. In 2020, Piña was recognized as one of FedScoop’s Best Bosses in Federal IT. The list of winners was comprised of senior leaders from Industry who play an instrumental role in working with federal agencies to provide the mission-critical commercial technologies they use. Also in 2020, Piña was recognized by HITEC as one of the 100 most influential Hispanic leaders in technology. Piña serves on the Board of Directors of the Fort Gordon Historical Museum Society, a non-profit dedicated to preserving the history of Army communications. He also leads a non-profit he co-founded with his wife (RIPMinistries), dedicated to serving the underprivileged, with a special emphasis in the Caribbean. Within WWT, Piña leads the Hispanic/Latinx Employee Resource Group, H.E.A.R.D. (Hispanics Embracing Awareness and Racial/Ethnic Diversity). Piña holds an M.B.A. and a Bachelor of Science Degree in Business Administration from Trident University. He is also a Distinguished Member of the U.S. Army Signal Regiment and a recipient of the Signal Corps Regimental Association’s Silver Order of Mercury award.