Thrilled to be part of the WWT team at a very exciting time in the ESG and sustainability space. Terrific opportunity to: • Drive growth in WWT’s new ESG offering, applying a strong understanding of the ESG landscape to the WWT product and service offerings • Advise clients and drive sustainability and ESG performance using industry knowledge, and • Work with the WWT account teams to develop their ESG awareness and drive ESG business development and sales Before joining WWT, Brendan had his own consultancy which he founded out of a desire to assist companies in navigating the ESG landscape while preserving financial health. Before that, Brendan held multiple roles at American Express where he most recently served as Executive Vice President & General Manager (EVP&GM), Global Commercial Services USA (2015 - 2019). Brendan has a passion for sustainable development, gained initially from a critical non-executive role with the UK energy regulator (OFGEM, 2013–2018) focused on government energy emissions reduction programs. During his tenure in London, Brendan was Chairman of American Express Services Europe Limited, the Company’s principle legal entity in Europe, and Chairman—American Express Bank, Russia during the same period (2010–2014). Externally, in addition to his work with OFGEM, Brendan was a member of the European Retail Payments Board (ERPB), a subsidiary of the European Central Bank (2013–2015). More recently, Brendan has served on the boards of two New York–based non-profits: Junior Achievement of New York (2015–2019) and British American Business Association (2018–2019). Before joining American Express, Brendan worked as an Analyst/Programmer in the defense industry. He is a 1981 Honor’s graduate in Computer Science from the University of Glasgow. He also received a postgraduate in Accounting & Finance from the Certified Accountants in the UK and a master’s degree in Sustainability (Harvard, 2019). He is a member of the Global Association of Risk Professionals (GARP) and was awarded their Sustainability and Climate Risk (SCR) certification (2020). GARP have now engaged Brendan as a subject matter expert on the SCR certification. He is married with one daughter, Giulia, and lives in New York City. 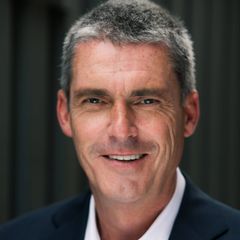