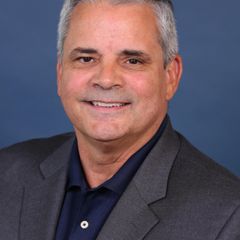 Jay Santiago Jr. is a Business Development Director at World Wide Technologies serving in the Department of Defense sector. His current duties responsibilities include mentoring and leading a high-impact team that continually seeks growth, innovative methods for improving organizational performance and delivering operational outcomes for the Army, Combatant Commands, Europe and Southwest Asia Department of Defense Customers. He started his career with WWT in December of 2011 after honorably serving in the United States Army for about 30 years culminating his military career as a Colonel. In his last couple of assignments, he served as the Executive Officer to the Chief Information Officer/G6 of the Army, Chief Strategist for the CIO/G6, and as the last Commander/Director of Information Management of the 1112th Signal Battalion at Fort Bragg North Carolina-one of the largest installations within the US Army. Jay spent more than 18 years within the Airborne and Special Operations Community where he served as the Senior Communicator (J6) for Special Operations Command Central. At one time he architected and directed the largest SOF communication network in the history of unconventional warfare. His experience includes Joint, Combine and Inter-Agency work in support of multiple operations across the Asian Pacific Rim, the Southwest Asian Theater and Latin America continent. He is a veteran of multiple combat deployments including operations Just Cause, Desert Storm, Iraqi Freedom and Enduring Freedom. His multiple awards and decorations are commensurate with a person of his rank and experience among them ,the Legion of Merit, the Bronze Star Medal and the Defense Meritorious Service Medal and the Army Meritorious Service Medal. Master Parachutist with over 150 Jumps. He is a graduate of the University of Puerto Rico where he completed a degree in electronics, Webster University where he finalized a Master’s Degree in Information Management and Computer Resources and he completed work at the Inter-American Defense College where he conducted graduate level work on Western Hemispheric Security Studies. He also completed graduate level studies at the National Defense University where he was awarded his CIO certification. He is fluent in Spanish.