Continuous data protection (CDP) used to be something that only larger companies could afford, and usually only for their most crucial applications. However, CDP has become increasingly valuable in a digital world where customers expect 24/7/365 service, and ransomware is an omnipresent threat. With its simplicity and affordability, HPE Zerto has put CDP within reach of significantly more customers for far more applications and has driven entirely new use cases.

As an industry leader in cloud data management and protection; HPE Zerto provides CDP for virtualized and containerized workloads. One of the first companies to bring virtual machine-level CDP to market, Zerto was acquired by HPE in September 2021.

Since acquiring Zerto, HPE has invested more in research and development to innovate and scale its offerings, developing enhanced features and functionality that will continue to roll out over the next couple of years. HPE Zerto is currently moving from Windows-based ZVM (Zerto Virtual Machine) to Linux-based ZVM with multi-factor authentication to help protect against ransomware. Further enhancements to various product sets are ongoing.

HPE Zerto provides journal-based CDP and near-instant recovery for virtualized and containerized apps and data from edge to cloud. HPE Zerto gives you the capability of replicating VMs between locations with a minimal amount of lag between them. You essentially have a hot secondary copy of a VM at another physical or virtual location that's ready to go in case something happens to the primary.

In short, you can recover from an attack quickly and easily, rewinding to the last point in time within seconds of the event and then recovering within minutes, literally with three clicks. It gives you the ability to recover entire databases and applications, along with the flexibility and granularity to recover only what has been infected or lost, from specific virtual machines down to individual file-based objects.

CDP used to be very complex to set up, manage and keep running. Zerto simplified it, bringing it to the VM level and enabling you to pick which VM or group of VMs you need to protect, easily set it up and then just let it go. It is much more customer-friendly than it was 5-7 years ago.

Although other OEMs have CDP offerings, HPE Zerto is the only light and inexpensive way to get a high level of protection, essentially providing platinum-level service at a copper-level price point. HPE Zerto's simplicity and ease of use resonate with companies struggling with the complexity of managing and protecting their data, as well as the challenges of an ever-widening IT skills gap. In addition, its affordability makes it viable for significantly more companies than ever before.

The primary use case for HPE Zerto has always been disaster recovery--the replication of applications between primary and DR sites in case something happens to the primary site. HPE Zerto's automation gives you a seamless transition and failover, with only seconds of downtime and near zero data loss. Although CDP used to be reserved for specific apps with high requirements, companies with HPE Zerto today are enhancing their RPOs and RTOs simply because they can; it's not a heavy lift.

Get hands-on access to HPE Zerto in the Advanced Technology Center (ATC).

HPE Zerto helps companies do more than protect and manage their data. Its unified, scalable and automated data management platform makes applications more portable, so you can easily move virtualized and containerized workloads from one location to another. And because Zerto is so easy and affordable, it is being more broadly adopted for applications that previously could have absorbed a bit of downtime. Anybody that needs high uptime and low data loss can use this, which of course includes pretty much everybody these days. In fact, HPE Zerto has literally changed the way companies approach DR, creating entirely new use cases. For example, failover--traditionally a cumbersome process--is now a breeze with Zerto, which automates and simplifies the process to such a degree that you can be up and running in literally three clicks.

Common HPE Zerto use cases include:

Some clients start with Zerto to migrate VMs to and between data centers, then they find it easy to use and valuable enough that they decide to put CDP on everything.

Every client has a cloud initiative, and they need to move one, many, or all applications to the cloud. HPE Zerto makes that process fast, easy and secure.

Often, companies try running applications in the cloud, but it doesn't work out and they need to bring them back. HPE Zerto makes it easy to move applications back and forth, making the decision to move an application to the cloud easier, with little risk and low cost.

Every 5-7 years, organizations need to replace their hardware platforms, which means they need to migrate their applications to a new hardware platform. That migration itself is a risk to the organization. HPE Zerto makes it extremely easy and reduces the risk and downtime to nearly zero.

Many organizations, especially health care, build new data centers and need to move their applications with as little risk and disruption as possible. HPE Zerto can make this real.

Some companies first use HPE Zerto for a migration, but once they see how easy it is to use and deploy, and see they can now protect other vital applications at a reasonable price point while simplifying their DR plan, they decide to move to an enterprise license.

The main new use case HPE Zerto has created is for preemptive failover. HPE Zerto has made it so easy to move applications, organizations now move their applications before a disaster occurs. For example, when a company knows a hurricane is coming, they failover just in case. This is yet another reason to consider turning physical applications into virtualized ones.

You have more financing options

HPE wrapped Zerto into its Greenlake suite of offerings, giving you the choice to buy Zerto through a Greenlake contract or directly from HPE Zerto. Although there's no cost differentiation associated, you can  purchase it as a traditional CapEx offering or buy only what you need as part of HPE Greenlake's consumption-based financing model.

Michael Ambruso is a 30-year IT veteran with experience in server administration, backup architecture & administration and over ten years of enterprise technical sales experience. He specializes in Data Protection and Cyber Resilience.

Robert Fate is a 30-year IT veteran with experience in helping very large to very small companies solve their DR and business challenges.  He has over 25 years of technical sales experience and specializes in healthcare, financial and manufacturing environments. 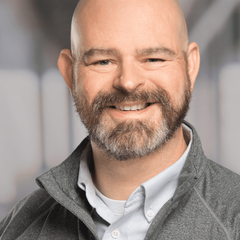 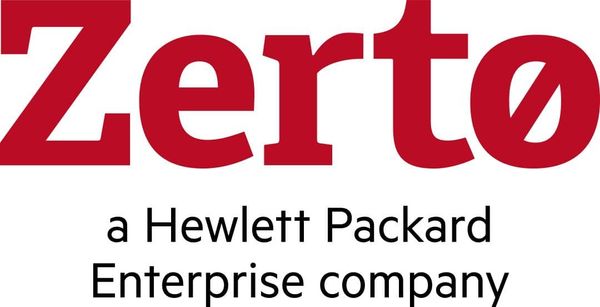