In this article, WWT engineering resources will recap our findings from Dell Technologies World 2022. We will unpack the updates that are related to Primary Storage and Cloud Data Management.

March 2020 is when the entire world came to a screeching halt, and the pandemic canceled all in-person functions.  Events like Dell Technologies World continued to happen, only virtually.  Product and feature launches were carried out like usual, albeit with less fanfare, and the development teams' hard work on those products, readying them for the market, continued.  It's in the context of a two-year general absence of in-person contact that makes 2022's Dell Technologies World so great.

After two years of virtual-only events, Dell Technologies World happened in Las Vegas in early May.  Keynote speeches by Dell executives offered insight into their vision.  Dell highlighted the contributions they are making to the technology world and humanity as a whole.  For example, they are a large recycler of ocean plastics, incorporating them into their products and packaging.  For this update, I'll focus on the primary storage ecosystem.  Products like PowerMax 2500 and 8500, PowerStore 3.0, PowerFlex 4.0, and others were launched.  And of course, there was the expo hall, gathering spaces, hands-on labs, and happy hours.

One of the announcements they made regarding the primary storage portfolio was "Project Alpine." Presently, the number of cloud-native primary storage platforms is limited.  You have PowerScale/Isilon in GCP and EMC Unity Cloud Edition in VMC on AWS; data protection products have a larger overall representation.  Project Alpine's goal is to create a cloud-native version of the primary storage products.  In addition, this will provide additional flexibility, allow for systems to be deployed wherever the hyperscalers have facilities, and bring data closer to the end-users while retaining the same management interfaces.

Symmetrix, DMX, VMAX, and PowerMax are household names to anyone in the enterprise storage world.  It has been and still is a reliable, flexible, scalable, and performant system.  With this year's launch of 2500/8500, the system gets, what I believe is the first major update to the platform since VMAX3.  That's not to downplay PowerMax 2000/8000 at all, which introduced NVMe front- and backend, global deduplication, and a mixed mainframe/open-systems array; the new systems build on those achievements.  There are many new features to highlight; here are a few key innovations on the new system.

For more, Dell's Itzik Reich has a good article here.  Stay tuned here in the next month or so and we'll have a deeper dive into this platform.

Dell first launched PowerStore at Dell Tech World - Virtual Edition in 2020.  Since then, there has been a steady stream of updates to the platform, adding additional functionality with a simple software update.  Features like improved performance, NVMe over Fibre Channel and TCP, and multi-appliance PowerStore-X clusters have all been added with a code change.  This year, PowerStore 3.0 was launched during Jeff Clarke's keynote.  It includes new hardware and a new major family software update.  There will be a forthcoming article with additional details in the near future.

Dell's premier software-defined primary storage platform capable of serving capacity to ESX and bare metal, PowerFlex can start small, scale large, and offers up the simplest hardware refreshes available.  In addition to scaling ease, it's also a blazing fast platform since all data is spread across the cluster.

Last, Dell announced a partnership with Snowflake.  Snowflake provides a public-cloud-based data platform aimed at replacing traditional data warehouses, data marts, and ETL processes.  The plan is to simplify the movement of on-prem data into the Snowflake cloud, and also to be able to bring Snowflake's data smarts to your on-prem data.

This is just a sampling of the new features available from Dell's primary storage offerings.  There is a lot more to talk about in the next few months as these platforms become generally available.  With a smaller storage portfolio than in years past, these updates enrich the offerings on the go-forward roadmap, rather than have more products with narrower feature sets.  We are excited to have partnered with Dell's engineering teams on some of these things and look forward to sharing more with you soon. 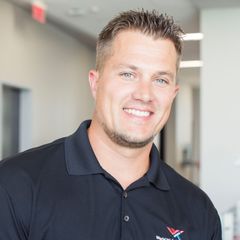 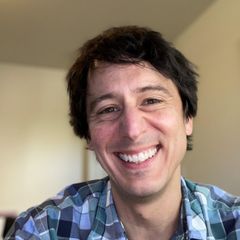