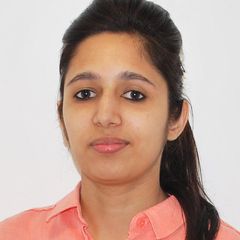 Jason Ludwig
Engineer
In This Insight

The primary component of many data science projects is to clean and transform data, evaluate missing information, and create additional features that can be used for further discovery and model training. When it comes to pushing the model to production, the entire data processing pipeline needs to be set up. That data processing pipeline involves steps like Extraction, Transformation, and Loading (ETL) of data into a data lake. For a model to run efficiently and quickly, this data processing pipeline also needs to be fast. The whole process of making ETL robust is iterative and thus laborious. Moreover, with the exponential increase in the amount of data available today for analysis, it becomes imperative to understand how GPUs can help cut down the processing time of ETL steps.

In order to show how processing time can be decreased with GPUs, we did some comparative benchmark testing between GPUs and CPUs and recorded the results for understanding.

CUDA-based libraries were able to process the same data 7 times faster than their CPU counterparts.

CUDA is a parallel computing platform and API model created by Nvidia.

Under the hood: understanding why GPUs can process tasks faster

GPUs have transformed the AI space in the last few years. CPUs & GPUs process tasks differently because of their different architectures. CPU focuses its smaller number of cores on individual tasks and on getting things done quickly. This makes CPUs more effective when processing serial instructions or tasks. On the other hand, the GPU process parallelizes tasks in a more effective way as they are constructed through thousands of simple and efficient cores. Click this video by NVIDIA is a fun metaphor to explain this difference.

This ability to parallelize processes is making GPUs more prominent for processing tasks such as going through billions of possible combinations of the item – warehouse – carrier combinations for e-commerce orders in milliseconds to come up with the least cost combination, building deep neural networks, or processing image and video data. GPU-accelerated computing offloads compute-intensive portions of the application to the GPU, while the remainder of the code still runs on the CPU.

We were able to speed up the complete ETL process we tested by a factor of 7. Some specific tasks such as joining data frames (left/outer join) saw a greater increase.

Highlights & challenges: Processing time should not be the only factor when evaluating GPUs and CUDA libraries

CUDA based libraries have shown:

The speed-up in processing time can justify using GPUs on its own, but other key factors and challenges also need to be considered while evaluating to move to a GPU-based ETL infrastructure.  One of those aspects that data scientists must consider has to do with the libraries used and their capabilities.  See below for a quick comparison of two popular libraries used.

Summary and Our Thoughts:

GPU-based ETL is going to transform the data science pipeline in the future.

CUDA-based data processing libraries are still very new in the ETL space, but even now they show significant speed-up in processing large datasets when compared to their CPU counterparts, and more importantly, they also show the same ease of use.

The key to moving from a CPU- to a GPU-based ETL process today is evaluating multiple factors and understanding the needs of the process. GPUs work well for simple and intermediate ETL operations and large datasets, which is usually what we encounter in analytical problems. However, a library such as pandas is more suitable for very complex ETL operations.

In further market improvements, NVIDIA has recently announced a RAPIDS Accelerator for Spark 3.0 that intercepts and accelerates ETL pipelines by dramatically improving the performance of Spark SQL and dataframe operations. Spark 3.0 also reaps performance gains by minimizing data movement to and from GPUs. More and more open-source frameworks are incorporating support for GPU acceleration going forward.

In summary, with the CUDA-based libraries evolving so rapidly, running end-to-end data science pipelines on multiple GPUs is already transforming how we do ETL and other operations.

What kind of ETL processes did we focus on?
To assess the computational power GPUs can provide, we chose an existing solution developed for a client which required multiple complex ETL operations. The problem included:

We implemented the different operations in Python using primarily the pandas library, and then compared the performance and the feasibility of the same tasks using the cuDF library (Python GPU DataFrame library).

Infrastructure Details
Benchmarking was performed on an AWS Cloud Instance with this infrastructure:

References
https://rapids.ai/dask.html (Refer to the example notebooks section on this page)

Using CUDA libraries to evaluate the power of GPUs

CUDA (Compute Unified Device Architecture) is a parallel computing platform and application programming interface (API) model proprietary to NVIDIA which allows users to leverage GPU processing and high-bandwidth GPU memory through user-friendly interfaces. Built on the CUDA framework, RAPIDS is an open-source suite of libraries developed by NVIDIA for executing end-to-end data science and analytics pipelines entirely on GPUs. We worked with the cuDF library for the purpose of gauging the impact GPUs can have on speeding up the ETL process. RAPIDS is an open-source, cross-platform and free to download and use.

The two main libraries we worked with are: