Our Experience With NestJS

Our Application Services group has been using NestJS in an ongoing customer engagement. This article goes into the pros and cons of working with NestJS when it comes to development, documentation and testing.

NestJS is an opinionated framework used to build "scalable server-side applications." It is heavily inspired by Angular and is mainly used to build APIs and micro-services, relying on dependency injection and decorator patterns for most of its usage.

For APIs, NestJS builds on top of ExpressJS (which can also be swapped out for Fastify), abstracting away some of the associated boilerplate for a much more opinionated approach to routing.

For micro-services, NestJS supports several existing options such as Redis, RabbitMQ and Kafka which are then exposed through abstract message and event decorators.

Our experience with NestJS

To save you the trouble of reading the whole article, here are my overall recommendations for using NestJS based on personal experience and the feedback of other teammates:

Do not use NestJS if:

Do use NestJS if:

In NestJS, HTTP endpoints take the form of methods on classes, where the class has been decorated as a controller (which can dictate a URL prefix for all sub-routes) and the method has been decorated as a Get, Put, Post, etc. with a corresponding route. What this can allow for is applying decorators at the class level (like documentation or error handling) that are then applied to every sub route in the class, while still allowing individual methods to be decorated as necessary.

Unlike most Node HTTP frameworks, route handlers are not passed the request object by default and instead must declare their arguments through, you guessed it, decorators. This allows you to rely solely on Nest for extracting and presenting information in the correct way, such as query parameters, headers, converting the body of a post to an instance of a class, and more.

Documentation can always be written separately from the application it is for, but NestJS allows for writing documentation alongside the source code in the form of decorators that output Swagger (Open API) docs. The argument here is that having both documentation and code in the same place means they get updated at the same time. However, the counterargument to this approach is that it can lead to having the opposite effect. Instead, developers may become nose-blind to documentation or, worse yet, trust bad/old documentation more since there is a stronger assumption of updates being made in parallel.

For validation and typing information, NestJS can sometimes use type signatures in order to generate documentation, such as if a property on a POST body is a number or boolean or string, but does not seem to be consistent and should not usually be relied on. Instead, the class-validator library can be used, which allows for more specific validation such as @IsEmail, @IsDate, @Length, @Max, or @Min as well as typing information. These properties can be used to validate requests (when a ValidationPipe is used).

The downside to the class-validator library is that it does not always get properly reflected in Swagger, forcing you to use NestJS's built-in @Api* decorators for documenting descriptions of requests (@ApiOperation), responses (@ApiResponse), query parameters (@ApiQuery), route parameters (@ApiParam), or request body properties (@ApiProperty). This can lead to having to duplicate or even confusing documentation that can become neglected easily.

At App Services, testing is always an integral part of any project. Fortunately, NestJS makes testing a breeze for the most part. Since it uses the dependency injection model, you can instantiate any of your classes in your tests with whatever arguments you want. NestJS also provides utilities like the testingModule which allows for better integration testing while still allowing you to mock at the edges of your application. NestJS also remains testing framework agnostic, so while Jest is recommended and is configured in the sample boilerplate, you could also use Jasmine, Mocha, or any other runner and assertion library.

Since NestJS is typically used to write HTTP servers, testing your routes can also be very important. NestJS recommends using supertestfor full integration tests (tests that go from one edge of the application to the other). This allows you to choose if you want to mock at the database layer or use a test database for execution while avoiding the time cost of network overhead. Supertest can be a great way to test request validation and response for both happy and sad paths instead of needing to rely on truly end-to-end tests with a framework like Cypress.

For App Services, we ended up using Cypress for automated testing in our QA environment as it allowed us to test integrations between our API layers as well as our micro-services.

Overall, it is really hard to recommend NestJS at this time. Unless you are willing to go all in and commit to handling all its quirks and writing injectable service wrappers around third-party dependencies yourself, it is unlikely you will see any development speed or quality improvements over any of the other already-existing solutions out there. In particular, the documentation around libraries like Express and Fastify is far superior to that of NestJS and ends up giving you way more control. NestJS also does not have many uses at this time, so searching for articles or issues related to problems you encounter can prove fruitless more often than not.

This recommendation becomes even harder if you are not committed to using JavaScript in your backend. Other languages have much more robust and battle-tested frameworks to offer and should offer at least a comparable learning curve to that of NestJS.

It could be that as an ecosystem is built and the pain points are eliminated, NestJS may become a much more viable option for writing NodeJS apps. Many of the concepts employed such as the heavy use of decorators and dependency injection are good ideas and do feel like they have their place in JavaScript development, but the current implementation ends up feeling like too much of a black box for me to consider these upsides more valuable than the drawbacks. 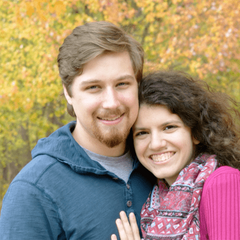