With the release of NSX-T Data Center 3.2, NSX Intelligence has transitioned from being a large, monolithic, virtual machine based appliance to a modern micro-services application running within the VMware NSX Application Platform (NAPP).

VMware's NSX Intelligence application has evolved into a data center network security analytics platform which provides visibility into the security posture of your NSX-T Data Center environment. One of the ways users gain visibility is through the network traffic visualization pane within the NSX-T manager UI. Users are able to see what information has been gathered by the Intelligence appliance over a set amount of time through monitoring of network flows within the NSX-T Data Center environment.

Another feature of the NSX Intelligence application is its ability to make security policy recommendations at the Distributed Firewall (DFW) level to protect workloads and assist users in creating a zero-trust, secure environment.

Intelligence also acts as an analytics and network traffic monitor, enabling Intelligence to establish a baseline traffic behavior for all NSX-T Data Center workloads. With this information it is able to observe Suspicious Traffic when it occurs and compare that traffic against a known baseline as well as a set of sensors called 'Detectors' which are based on the MITRE ATT&CK Framework to provide further, intelligent analysis of the traffic to mitigate false positives and provide context to users enabling them to act quickly and efficiently to stop unwanted network traffic within their datacenter.

The NSX Intelligence appliance has moved from an ova deployed virtual machine appliance to a micro-services deployment within the NSX Application Platform (NAPP). This change does come with some pre-requisites not previously required.

NSX Intelligence in its latest form requires NSX-T Data Center version 3.2 or higher as well as NAPP to be deployed. To see deployment requirements of NAPP please refer to the first article in this Primer Series on NAPP here. NAPP features are available based on your licensing level. The NSX Intelligence application requirements are as follows:

💡 License requirements can change. Please consult with your WWT account manager to ensure you are getting the correct license for your organization's needs.

The updated NSX Intelligence application still maintains the familiar Views and Flows pane from previous versions. The Views and Flows pane can be viewed within the NSX-T Data Center web UI by navigating to Plan & Troubleshoot > Discover & Take Action. Here, users are able to visualize network traffic flows between applications at the virtual machine, physical server, IP address or combination of those compute entities. The default view is the 'Groups' view. However, this can be changed and customized to filter by 'Compute' objects, select individual objects or a group of objects. Displayed object flows can be narrowed by time from current (Now), and back one month. To further simplify the visualization pane, all flows are represented by colored lines to signify:

Objects within the Views and Flows pane are clickable to further drill down to focus the view on a particular object, as well as get individual flow details for any group or compute entity which resides within the NSX-T Data Center environment. With 'Blocked' and 'Allowed' flows, users can view which DFW rule ID matched the flow as well as additional details of the source and destination compute entities by observing which process (VM only) within the application generated the flow as well as the user account.

The NSX Intelligence Flows and Views pane is a powerful tool which users can leverage to gain visibility into their NSX-T Data Center environment. By enabling users to visualize workloads clustered into granular groups and providing context through a hierarchical application map that can scale to tens of thousands of workloads to accommodate even large environments, while providing the detailed context at the workload level needed to aid organizations on their path toward a Zero-Trust security model.

The rule recommendation engine can be started by navigating to Plan & Troubleshoot > Recommendations > START NEW RECOMMENDATION. Here users are able to define which entities are to be analyzed and within which time range network traffic flows should be considered. Users also have the option to choose which traffic direction to monitor as well as how security policies should be generated. Either compute-based (NSX-T inventory objects) or IP-based where polices would be generated based on IP address. It is also possible to have security policies be created at Layer-7 or Layer-4. Up to one-hundred virtual machines or physical servers with groups up to two-hundred fifty entities is supported per rule recommendation session. However, multiple sessions can be created. If multiple sessions are created, the sessions are processed in a serial fashion.

Policies published via the rule recommendation engine are placed within the application level category of the DFW.

The NSX Intelligence application is an analytics engine to monitor network traffic flows throughout an NSX-T Data Center. By monitoring and caching thirty days of network traffic flows the Intelligence appliance is able to get a more holistic picture of what "normal" day to day traffic flows look like within each NSX-T Data Center environment. Armed with this information, NSX Intelligence is able to monitor suspicious traffic, such as abnormal activity and malicious behavior. When traffic is flagged as being suspicious, flagged flows are further analyzed using supported detectors to try and provide additional context and more clearly identify the activity taking place.

Detectors are monitoring sensors used to detect events within network traffic flows based on the MITRE ATT&CK Framework. All Detectors are disabled by default. Detectors can be enabled and modified via exclusion lists and likelihood values to tune them to fit environmental needs. Detectors can be viewed and enabled by navigating to Security > Suspicious Traffic > Detector Definitions.

As of NSX-T Application Platform (NAPP) version 3.2.0 the list of detectors curated based on the MITRE ATT&CK framework and available to be enabled are listed here.

Traffic flagged as suspicious will be reported leveraging below nomenclature definitions. 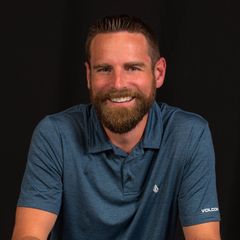