Thinking About ACI or DCNM for Your Next Data Center Upgrade?

Thinking about ACI or DCNM for your next data center upgrade? This article will help you learn more about the advantages of each fabric.

When we consider deploying Application Centric Infrastructure (ACI) or Data Center Network Manager (DCNM) in the data center, we begin by evaluating the existing architecture to understand which technology could improve deployments, reliability and overall network functionality.

This classic design works, as it has for many years, but it can create some challenges.

Some aspects of the ACI architecture may look like a collapsed version of the traditional three-tier network design, however, it is actually a spine-leaf architecture based on the "Clos design" invented in 1938 by Edson Erwin and later formalized by Charles Clos in 1952.  Clos networks behave in a similar manner to crossbar switching designs utilized in modern modular switching platforms.  Apart from adapting the Clos architecture, ACI was one of the first reliable homogeneous software-defined network virtualization platforms and was released to the general public back on November 6, 2013.

In ACI, from the hardware perspective, there are three mandatory components.

ACI is an entirely different way of thinking about networking. It is genuinely software-defined with an entirely new set of networking constructs and objects. For example, the VLANs, widely used in traditional networks, are replaced by objects like endpoint groups (EPGs) and bridge domains (BDs) in ACI to achieve similar functionality.

Another important concept of ACI is the default behavior of data plane flow outside of bit boundaries, in that it is closer to that of a firewall because all traffic is implicitly blocked until explicitly allowed ("white-listed"). A well designed ACI network provides a level of security by default that is not available in a three-tier network.

ACI has no single point of failure. All fabric control is managed via the APICs, however, losing a single or all APICs will not stop the data plane of the network as APICs are control plane only. Endpoints, when multi-connected, will not be affected if a spine or leaf is lost preventing down time and instability.

For those managing an ACI network, reporting of failures via APIC quickly provides visibility into errors.

There can be some challenges around the adoption of ACI for network professionals. Those with traditional network backgrounds may find the foundational changes of constructs and objects within ACI challenge the way they "know" networks to behave. From and educational perspective, the teaching community may be able to assist in this area by focusing initially on overall ACI concepts rather than doing a technical deep dive on the interworkings of VXLAN, COOP, MP-BGP and IS-IS, as these technologies are abstracted via ACI from the network professional.

I believe ACI's most significant advantage is programmability.  Some have said the "A" in ACI should stand for "Automated" instead of "Application." The ACI community has created massive amounts of documentation that outline how to issue procedural, and API calls in the programing language of your choice. With this, it is possible to script the automation of network builds and management tasks so they can be executed in minutes rather than hours, days or weeks.

Alternatively, Cisco has released a similar fabric automation offering, DCNM (11.3 and higher). DCNM has been gaining traction recently because of the ease of setting up an EVPN (Ethernet Virtual Private Network) fabric and because it uses familiar NX-OS switches and command sets.

A DCNM basic EVPN fabric consists of three primary components, outwardly similar to ACI but vastly different under the covers.

The basic design is very similar to most EVPN designs and ACI, for that matter.  In my opinion, when starting with a green-field environment, DCNM is even easier to install than ACI because using specific ports for uplink and downlink connections isn't required. In fact, particular switches aren't required for spines or leaves, as most switches that support DCNM can be either. There is also support for a wide range of Nexus 9000 switches using specific versions of NX-OS.

The DCNM EVPN fabric has an underlay network that uses OSPF, an overlay network comprised of VXLAN EVPN and uses MP-BGP as the control plane. This design allows for virtualization of layer-2 and layer-3 throughout the data center fabric.

DCNM behaves more like traditional networks with regards to security.  Every endpoint-to-endpoint communication within a VRF is allowed implicitly unless expressly denied, typically with a device such as a firewall.

DCNM does not have the same single logical switch strict homogeny of ACI, rather, it is a conglomeration of devices joined together by the controller.  This laxness lends itself to expanded design freedom, allowing a wider array of configurations. Customizations should be carefully balanced with the intended design of the fabric to minimize increased support costs.

DCNM has no true multitenancy solution out of the box.

DCNM automation capabilities are similar to ACI with a full RestFul API setup, allowing data center engineers to use the program of their choice to effect configuration changes rapidly.

Network professionals will find DCNM bridges the skills gap between the familiar concepts of NX-OS and the newer technology of EVPN. This allows for the creation of an EVPN fabric in a matter of minutes with even minimal training.

When evaluating ACI and DCNM as part of a data center upgrade, there are several factors to consider as they each have advantages but are better suited to certain scenarios.

ACI is the best option for medium to massive environments but can also be effective in smaller environments when a small remote data center is needed and there is already a working ACI practice in place. Since ACI is designed from the ground up to easily scale and supports multitenancy, it is the logical choice for a larger or segmented organization. The default behavior of ACI is security, appealing to all organizations but is particularly beneficial in networks with grander presence. The automation capabilities are where the real benefit of ACI can be realized as large scale change can be easily accomplished with minimal effort.

With ACI, the longer learning curve may delay adoption and higher costs can exceed budgets for smaller installations. In these environments, DCMN is a better solution.

In a small to medium environment, DCNM is straightforward to set up and easier to manage with in-house IT staff. DCNM can also be a solution for a larger data center environment if multitenancy is not required and at least two network staff members have a deep understanding of EVPN, BGP, MP-BGP, VRFs, OSPF and multicast.  DCNM in these larger and more complex environments is typically used as a configuration control device with telemetry for troubleshooting. 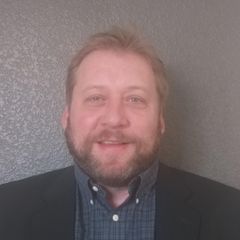