We had a customer who wanted us to do thermal and power testing around a compute solution. The Proof of Concept (POC) was set up to verify or validate power and thermal readings for the Cisco Unified Computing System (UCS) components (specifically the 5108 chassis, 2408 IO Modules, and 6454 Fabric Interconnects) of the FlashStack design.

Our customer wanted to know what the power consumption looks like on a Cisco UCS 5108 chassis when it is fully loaded with B200 M5 blade servers.  Additionally, what happens when there are different load capacities happening? They also needed to understand the thermal capacity of the gear in the rack which would help them with a physical design.  Based upon power consumption and thermal readings, they were able to understand how many they could squeeze into a rack, which leads to how many racks in a row, and finally the capacity of the solution in their full data center design

Specifics of the Testing Environment

To level set around testing, it is important to know the factors that went into this test.

Below is very simple HLD (High Level Design) for the environment in question.

Results of Power and Thermal Testing

Now that we have a level set on the testing criteria, let's dive right into the results. For this testing, we increased load in 10% increments for a duration of 30 minutes per load. To get a good baseline we powered off all blades in the chassis and recorded the power draw of a chassis basically sitting at idle with no blade workload running.

As you can see from the chart the average watt per minute of a chassis sitting at idle is 435 watts. That is pretty substantial, but what you have to understand with that is the chassis is still powering the 2 x 2408 IO modules, any internal parts like fan's etc. Below are the thermal images of both the intake and the exhaust.

Now that we have baseline lets see what load does to the not only the watts but the thermal as well.

This chart was created by taking a 30-minute sample size from each PDU while loads were running. We then added all the data being recorded then divided by 30 to get the average watt per minute that the chassis is producing.

As you can see in the above charts Grid and N + 1 operate much differently when it comes to power distribution. As both of them state N + 1 uses all the power from three of the PDU's and has one in power save mode while Grid uses all of the power supplies and distributes the load across all 4 pretty evenly.

To sum up, power testing is dependent on a lot of different variables ranging from the data center type i.e. hot aisle containment vs. raised floor, CPU and RAM combination, and what load you expect to put on the servers. While this ATC Insight is not going to give you an exact answer on your specific use case it can give you a glimpse around expectations from a UCS chassis while giving you the idea of what we can test for you in the WWT Advanced Technology Center (ATC).

The customer wanted to see what the wattage requirements would be to run a Cisco 5108 chassis (loaded in a specific way) in their data center. Based upon that data that we delivered, they potentially could use it to plan a scaled out design of the solution in their data centers.

BurninTest Pro Software used to drive memory and CPU load on blades from 10% to 100% load. 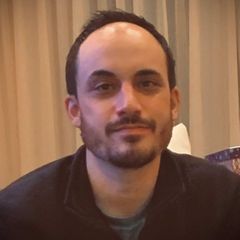 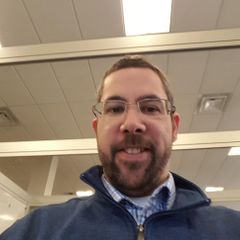