The use of a single bridge domain in ACI brings a FW integration challenge as a typical L4-7 service requires a separate bridge domain for each FW interface. Given that a true Application Centric approach typically requires a single bridge domain with multiple subnets, forcing traffic through a FW or LB has a great deal of challenges in the design. By utilizing a service graph and PBR (policy-based redirection), traffic can be redirected from this single bridge domain to a single interface on the FW or LB. A very large caveat is that some FW vendors do not allow traffic to come in and exit the same interface. There are a few vendors that can do this one-armed mode, and we will show you the Cisco FTD-based solution using the virtual Cisco FTD known as the Cisco vFTD. 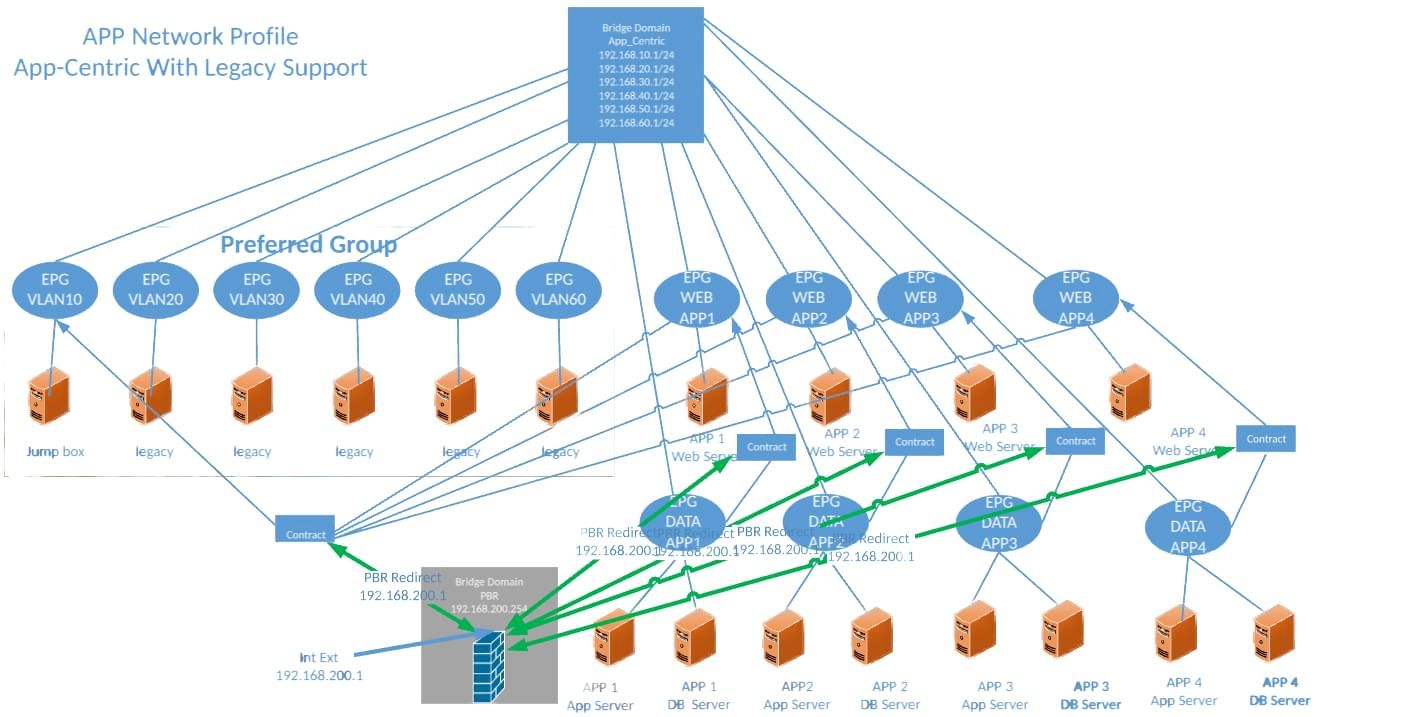