Network visibility extends the capabilities of the AppDynamics APM agents from the application down to the network.

IT operations teams often overlook the network as a potential issue when conducting root cause analysis on an application's performance. This happens when we narrowly focus on the performance of the underlying "host" hardware system that the app is running on instead of gaining an end to end view and complete picture of what may be causing the issue.

Ops teams are challenged with this "end-to-end" view because it's complicated and messy trying to correlate all log files, alerts, and systems notifications. That's where a tool like AppDynamics Network Visibility comes into play.

In this article, we cover various ways that network problems can be impactful, highlight the most common network performance issues, explain the benefits of adding AppDynamics' Network Visibility to your toolbox, provide an overview of the added capabilities, and list the metrics Network Visibility features.

So what if there is an outage?

In today's society, businesses are becoming more reliant on online communications to deliver their products and services over the Internet. This dependency increases the importance of maintaining the visibility of the key performance indicators (KPIs) concerning our network performance.

Gartner's research shows us that a single minute of system downtime can cost well over $5,000 per minute. Realistically, this number can vary depending on the business and needs to be identified for tighter cost estimates. Network issues can directly affect application performance in terms of response times and customer experience.

According to AppDynamics' 2017 Attention Index,  there is a 62 percent increase in expectations regarding digital services' performance. This same study showed that poor application performance causes approximately 80 percent of users to delete the application from their devices.

IT departments are usually composed of teams that specialize in a particular discipline, and each of these teams speak a slightly different "language." This separation can cause information tension during collaborative efforts to identify and resolve issues within the application environment.

When teams are presented with a performance issue within their application landscape, it can be easy to blame a particular entity within the enterprise. However, only having visibility into a portion of your environment can lead to falsely identifying the root cause. Proper end-to-end visibility into your environment, which includes the network, can uncover performance issues directly correlating to how your application is performing and utilizing resources.

One of the most common issues that we encounter is network latency. Many factors can cause a slowdown on the network, including the number of devices connected to the network, physical distance between source and destination, individual device performance, and even device configuration. Latency, bandwidth, and throughput work together and rely on one another to provide higher quality network communication. Latency can be measured as round trip time (RTT) or time to first byte (TTFB) and is presented in milliseconds (ms).

Latency is categorized into two separate categories depending on the severity of the delay.

Nodes on the network can become overloaded with more data than they were designed to handle. This overload is called network congestion and causes packets to either be placed in a queue or dropped. Network congestion results in unforeseen issues depending on the severity of the delay, such as:

Network Visibility can help to reduce the leg work involved in identifying root causes. This component extends the capabilities of and works with APM agents to automatically plot TCP connections and visually link them to the application flows that employ them. The added network agent can pinpoint load balancers and correlate relationships on both sides of the device.

Network Visibility can identify bottlenecks at a more granular level, such as a specific tier, node, or even network path. Spotting the correct location of a bottleneck significantly reduces MTTR.

Network KPIs provide high-level measurements that signify how network performance may be affecting the performance of the monitored application. These metrics include:

Root cause analysis with Network Visibility

AppDynamics Network Visibility provides true end-to-end visibility into application performance issues that benefit us by monitoring network health, lowering our mean time to recovery, and accelerating DevOps. We all know that each team within the IT field is soiled in their discipline, whereas other teams do not have access or the knowledge to use the network administrator tools. This added feature empowers effective collaboration between different teams. It adds a complete visual perspective where all IT departments benefit from end to end visibility rather than escalating the issue to other departments.

The most significant benefit of AppDynamics and Network Visibility is that all teams can utilize this platform and see the cause and effect of each type of issue that may arise in our environments. 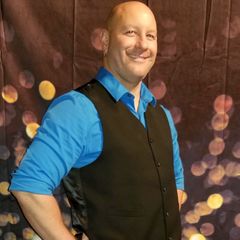