CWDM or DWDM: Which Should You Use and When?

While the two types of wavelength division multiplexing --CWDM and DWDM -- are both effective methods to solve increasing bandwidth capacity needs, they are designed to tackle different network challenges.

CWDM and DWDM are both effective methods to solve the increasing bandwidth capacity needs and maximize the utilization of both existing and new fiber assets, but the two technologies differ from each other in many aspects.

To best understand how to decide which of these two WDM technologies may be the best option when planning a network, it's essential to have a basic understanding of how each technology works and what the differences are.

Since CWDM is based on 20-nm channel spacing from 1470 to 1610 nm, it's typically deployed on fiber spans up to 80km or less because optical amplifiers cannot be used with large spacing channels. This wide spacing of channels allows the use of moderately priced optics. However, the capacity of the links as well as the distance supported are less with CWDM than with DWDM.

Generally, CWDM is used for lower cost, lower capacity (sub-10G) and shorter distance applications where cost is an important factor.

More recently, the prices for both CWDM and DWDM components have become reasonably comparable. CWDM wavelengths are currently capable of transporting up to 10 Gigabit Ethernet and 16G Fiber Channel, and it is quite unlikely for this capacity to further increase in the future.

In DWDM systems, the number of multiplexed channels is much denser than CWDM because DWDM uses tighter wavelength spacing to fit more channels onto a single fiber.

Instead of the 20 nm channel spacing used in CWDM (equivalent to approximately 15 million GHz), DWDM systems utilize a variety of specified channels spacing from 12.5 GHz to 200 GHz in the C-Band and sometimes the L-band.

Today's DWDM systems typically support 96 channels spaced at 0.8 nm apart within the 1550 nm C-Band spectrum. Because of this, DWDM systems can transmit a huge quantity of data through a single fiber link as they allow for many more wavelengths to be packed onto the same fiber.

DWDM is optimal for long-reach communications up to 120 km and beyond due to its ability to leverage optical amplifiers, which can cost-effectively amplify the entire 1550 nm or C-band spectrum commonly used in DWDM applications. This overcomes long spans of attenuation or distance and when boosted by Erbium Doped-Fiber Amplifiers (EDFAs), DWDM systems have the capability to carry high amounts of data across long distances spanning up to hundreds or thousands of kilometers.

In addition to the capability of supporting a greater number of wavelengths than CWDM, DWDM platforms are also capable of handling higher speed protocols as most optical transport equipment vendors today commonly support 100G or 200G per wavelength while emerging technologies are allowing for 400G and beyond.

CWDM has a wider channel spacing than DWDM -- the nominal difference in frequency or wavelength between two adjacent optical channels.

CWDM or DWDM: Which should you use?

CWDM is a flexible technology that can be deployed to expand the capacity of a fiber network. It is a compact, cost-effective technology option when spectral efficiency or the need to span long distances under 80 km are not important requirements.

For those reasons, CWDM is typically best suited for short-range applications that do not require services greater than 10Gb and in locations where not many channels are needed.

On the other hand, DWDM technology is the ideal solution for networks that require higher speeds, greater channel capacity or for applications requiring the capability of utilizing amplifiers to transmit data across much longer distances.

Though the hardware and electronics used in DWDM systems are not cheap, they are considerably more cost-effective than putting in new fiber.

As the need for capacity grows and service rates increase to 10G/40G/100G and 200G, the high re-occurring costs of leased lines to provide connectivity for these higher data rates are not scalable for organizations when compared to implementing and operating their own DWDM optical network.

Because of this, there is a growing demand to increase network capacity by utilizing DWDM optical networking applications to maximize the fiber connectivity between sites. Organizations are increasingly leveraging this technology as a scalable on-demand solution to keep up with their rising bandwidth demands.

Because of its ability to handle so much data, DWDM is utilized by organizations spanning many industries as an integral part of their long-haul, core- or metropolitan-area fiber networks today.

Both CWDM and DWDM optical transport solutions are available as active or passive systems.

In a passive (or non-powered) optical transport solution, either a CWDM or DWDM transceiver resides directly inside a device, such as a data switch or a router.

A typical example of this would be an IP switch that has a channelized SFP pluggable optic that is tuned to a specific CWDM or DWDM wavelength. The output from the channelized SFP transceiver connects to a corresponding passive multiplexer that combines and redistributes, or multiplexes and demultiplexes, the various wavelength signals.

As the channelized CWDM or DWDM pluggable SFP transceiver resides in the data switch or router, it means that the xWDM functionality is inherently embedded within the respective device.

Active optical transport solutions have AC- or DC-powered components and are stand-alone systems separated from the devices that connect to them, such as data switches and routers.

A primary task of a stand-alone optical transport system is to take a short-range output signal and extend the reach of the signal while also converting it to a channelized CWDM or DWDM wavelength.

A typical example of this would be an IP switch that has a 10Gb port populated with a 'gray' 1310 SFP+ optic, where the interface from 1310 SFP+ port on the IP-switch is then cross-connected via a fiber jumper to the client interface port of a Transponder card within an active optical transport system.

A transponder is a component that receives an incoming optical signal and then converts it to a channelized xWDM wavelength.

The active optical transport system then takes converted xWDM signals, combines them and transmits them with the help of some additional components, including passive multiplexers, and amplifiers if necessary, for long-haul applications. Due to the separation of the xWDM transport functionality from the endpoint device, such as a data switch or router, active optical transport systems also tend to be more complex than passive solutions.

Optical networking plays a key role in today's multi-layer networks and is used to extend the reach of traditional pluggable optics, interconnect data centers and tie sites together within a campus or business park across metropolitan regions, between cities or for long-haul national connectivity.

As a result, public sector organizations, utilities, healthcare providers, financial institutions, corporate enterprises and data center operators are considering optical transport to be the solution of choice for their mission-critical networks.

CWDM and DWDM -- the two types of wavelength division multiplexing -- are both effective methods to solve the increasing bandwidth capacity needs; but they are designed to tackle different network needs.

With the massive growth of over-the-top applications, cloud computing, mobile devices and the need for consumers and employees to have constant access to their data and applications, CWDM and DWDM optical networking solutions are rapidly being adopted by businesses as their bandwidth and distance requirements continue to grow.

Thus, many organizations across industries are now operating their own optical transport networks to consolidate high rates of bandwidth and different traffic types across long distances. 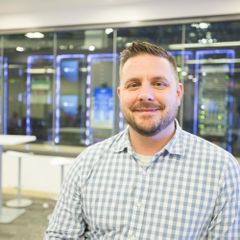