Database as a Service: The Dawn of a New Era

Database management and database automation has been an enormous and costly pain point in the IT industry. Nutanix Era may be the silver bullet that could potentially deliver massive cost savings. 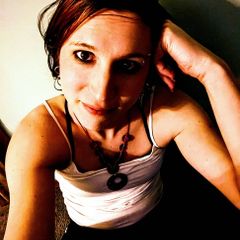 Every now and then, a technology company will come out with a new product that just doesn’t get enough attention in the tech industry. Technologists get excited, a few marketing campaigns are created, but the buzz often dies off quickly. Part of the reason is the release of minimum viable products (MVPs), which can attract the bleeding edge technologist, but when digging under the covers, the product can quickly become a non-starter. Its luster is lost in the never-ending sea of new shiny objects.

I admit that I got stuck in the "shiny object" trap, but in recent weeks I've had the opportunity to introduce this particular technology to several technical and business leaders. Their reactions were akin to cartoon-like light bulbs, with a brightness that could be seen from space.

Meet Nutanix Era: a database as a service (DBaaS) offering from Nutanix that helps DBAs and infrastructure folks manage database environments. Era has the potential to solve many pain points including database provisioning, automation, backup, restore and infrastructure management, to name a few (but more details on those below).

At first glance, the product name seems to drive the mindset of "Era... neat... what else do I need to do today?” I asked Nutanix how they came up with the name and coincidentally enough, the name is to signify "a new era in database management." While fitting, it's hard to grasp what Era actually does based on the name alone.

I am not a DBA and never have been, but we interviewed a few people who are and got their feedback to help write this. Regardless of how you want to describe the technology – a platform as a service (PaaS) for databases, an on-premises database as a service (DBaaS) or a database automation solution – Era has the potential to solve an incredible amount of pain points for both DBAs and infrastructure folks.

A pain in the… database

There are multiple ways to look at the first problem in a database world – time to provision. A typical cycle for an internal database provisioning request follows something along the lines of: a ticket is opened, a meeting takes place around storage requirements, another around compute requirements, another around network requirements, then getting all that work done, issues happen and new meetings are put on the calendar, then the DBA is able to create a database cluster and finally, someone in data protection backs it up.

Rinse and repeat for development, testing, QA, staging, production, etc. A study released in 2017 by IDC noted that “The median people efficiency in enterprise IT is 55%,” meaning that 45 percent of the time, IT folks are doing repetitive tasks that could be automated.

Continuing along a similar path to provisioning, what about applying vendor best practices? One could argue that best practices are only a starting point and environments need to be customized to fit individual organizations, but they are a starting point and something that needs to be done to some degree. Regardless of how the term “best practice,” is viewed, they are oftentimes not implemented due to user error or lack of knowledge, not the organization's policy.

What about copy data management and costs? Once the above pain points have been experienced and the developer has their requested database, they open a new ticket a week later requesting additional copies to test a new build. This could easily require 3 or 4 more copies for testing, QA, staging and production. The cost of this could be through the roof. We are not just talking about people time for the cloning process but also the amount of primary storage required as well as backup.

Weeks later, our developers are finally happy… but what about the DBAs? What happens when a patch or an upgrade to a database needs to happen? The hard reality here is that oftentimes, systems go unpatched due to the complexity and downtime behind the process. We end up with many database configurations (configuration drifts), and version sprawl starts to happen across the organization.

Imagine this scenario: you’re sitting on the beach in a warm sunny location in the middle of February and you get an email that something happened with a critical database, and you’re the only one that knows how to properly restore it. Maybe you’re smarter than I am and turn off email and phone notifications, or maybe the free WiFi snuck the email through. Vacation ruined. Hours are wasted to restore the database and wait on whether the restore was successful, all while said critical service remains offline.

Reality sets in after getting back from vacation, and the idea of looking at database management alternatives sets in: the cloud sounds like a great option. Amazon offers a service for this called RDS (Relational Database Service). It supports most of the major database engines out there, but let’s think about this.

Does the organization really own its data if it’s in the cloud? Be cloud smart and understand the caveats and costs to putting the most important asset your company has in the cloud.

How can Nutanix Era help? Introducing Era to the data center can help address all the pain points above, but more importantly, on-premises. Own and control your data, get time back in your life and automate the mundane tasks of creating and managing databases. If you want to know the most up-to-date list of supported databases, click here.

Don’t ignore the bigger software-defined data center (SDDC) picture in all of this. Imagine being able to give a self-service portal for 100 percent automated database deployments with no user or cross team interaction (meetings about meetings) slowing down the go-to-market effort. Click button, get database. Within a few minutes or hours (depending on size), DBAs can have a fully operational database environment ready to go in a cloud-like consumption model.

The high-level features of Nutanix Era technology include:

Nutanix is often (mistakenly) dropped in the HCI bucket, but in a world where customers look for true innovation and technology that solves real pain points, Nutanix Era is in a different universe. Comparing Era's PaaS to what else is out there is the equivalent of Nutanix driving a race car while everyone else is trying to keep up by riding tricycles.

For additional information, reach out to your WWT account team. Together with Nutanix, we can dive deeper into the product.