As the world continues to see an escalation in the volume, sophistication and impact of data breaches and attacks, security operation centers are dealing with an ever-increasing volume of alerts from multiple security products. Security analysts are often manually correlating events from public cloud, identity access, endpoint products and network and firewall events.

The goal of Cortex XDR is to increase operational efficiency of the security operations center. Cortex XDR accomplishes this through reducing alerts by combining similar events, stitching together logs from different sources and preventing as many threats as possible early in the attack cycle.

Cortex XDR goes beyond the traditional EDR approach of using only endpoint data to identify and respond to threats by applying machine learning across all your enterprise, network, cloud and endpoint data. This approach enables you to quickly find and stop targeted attacks, insider abuse and remediate compromised endpoints. Cortex XDR combines functionality from Endpoint Protection, Endpoint Detection and Response, Network Traffic Analysis and User Behavior Analytics into a single console.

The foundation of Cortex XDR is the Cortex Data Lake. Logs and events from the PAN-OS Next Generation Firewall, Prisma Access, GlobalProtect, Prisma Cloud, Endpoints, Public Cloud and third-party data such as identity providers, NetFlow and Syslog are collected in the Data Lake. As these events are streamed to the Cortex Data Lake, XDR performs machine learning to normalize logs and stitch these events together using the Analytics Engine.

The Cortex XDR Console is managed in a cloud-hosted web application. There are no web or database servers to deploy or update for management of the Cortex XDR Agents.

The Cortex XDR Agent can be installed on Windows, Linux, macOS, iOS, Android and Kubernetes endpoints.

Data from third-party firewalls, DHCP servers, NetFlow and Syslog can be ingested into the Cortex Data Lake via the Broker VM. The Broker VM can also provide connectivity to the Cortex XDR Console via Local Agent Proxy for air-gapped environments.

Cortex XDR takes a more efficient and effective approach to preventing attacks by eliminating the need for signature-based endpoint security products. Rather than keeping up with the ever-growing list of known threats and malicious files, Cortex XDR sets up a series of roadblocks--referred to as traps--that prevent the attacks at their initial entry points; the point where legitimate executable files are about to unknowingly allow malicious access to the system.

Let's consider a scenario where a user has received a specially crafted PDF document that exploits a known vulnerability in the PDF reader. If the user attempts to open the PDF file, Cortex XDR will inject code in the PDF reader application that will monitor known attacks such as buffer overflows and heap corruption.

In addition to automatically protecting processes from such attacks, the Cortex XDR agent collects forensic and telemetry data to report to the XDR Console and notifies the user and SOC about the event.

In this example, if a user tries to open a Microsoft Word document (using the winword.exe process) containing a macro that tries to launch a blocked child process, such as PowerShell.exe, the Cortex XDR agent blocks the child process and reports the event to Cortex XDR.

In this example, you might have a restriction rule that blocks executable files launched from network locations or external drives. The Cortex XDR agent blocks the file from executing and reports the security event to Cortex XDR.

To determine a verdict for a file, the Cortex XDR agent evaluates the file in the following order:

If the prior phases do not identify the file as malware, the Cortex XDR Agent observes the behavior of the file and applies additional malware protection rules.

If a file exhibits malicious behavior, such as encryption-based activity common with ransomware, the Cortex XDR Agent blocks the file and reports the security event to the Cortex XDR Console.

Depending on the outcome, security analysts can isolate the endpoint, initiate a Live Terminal to perform file system investigations or run scripts remotely or block files. 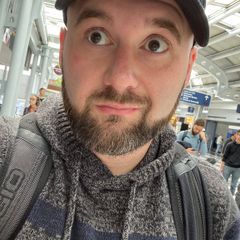