Lithium-ion UPS Benefits and Use Cases

Lithium-ion battery technology provides many benefits for data center and edge solutions. This article will explore the advantages of Lithium-ion vs. traditional VRLA batteries.

The main difference between a lithium-ion battery and a VRLA battery is the chemical makeup of the materials used in the battery's electrodes and electrolyte. Most lithium-ion batteries use a metal oxide for the cathode (positive terminal) and a carbon-based material for the anode (negative). The electrolyte solution is a lithium salt dissolved in an organic solvent. A lead-acid battery, on the other hand, uses a lead dioxide for the cathode, a lead anode and a form of sulfuric acid as the electrolyte.

VRLA batteries are based on the same basic technology as an automobile battery. "Valve regulated" refers to a valve or vent that allows for the discharge of excess hydrogen gas that may be produced during charging. They have been used for decades in UPSs, and are thus far more common than Lithium-ion – but that is changing for some very good reasons.

VRLA batteries have a life expectancy of about three to five years, meaning they will likely need to be swapped out at least once and maybe twice over the 10-year life expectancy of a UPS. Lithium-ion batteries on the other hand last around 10 years, meaning they can be expected to last just as long as the UPS itself. That means far less or even no UPS maintenance is required. What's more, Lithium-ion batteries can withstand far more charge/discharge cycles as compared to VRLA batteries with similar capacity, further contributing to their longevity.

Lithium-ion batteries also weigh about one-third less than VRLA and are far smaller in size. That means you get more power in the same space as a VRLA UPS, or the same power in a smaller space, along with more flexibility in terms of where they can be installed.

Finally, all of these benefits add up to a lower overall TCO for UPSs with Lithium-ion batteries vs. VRLA. While they do cost more up front, because they last so much longer and require little to no maintenance, Lithium-ion UPSs deliver TCO savings of 35 percent to 53 percent, depending on model.

Their smaller size and weight expand the universe of potential use cases for UPSs with Lithium-ion batteries. Applications that would not have been practical for a VRLA-based UPS are now within the realm of possibility.

We were so impressed with Lithium-ion technology that we upgraded the UPSs in our Advanced Technology Centers (ATCs) to models with Lithium-ion. They take up far less room and we expect the 10-year battery life will deliver lower TCO vs. VRLA-based UPSs.

Through our relationship with APC by Schneider Electric, we can help you select the UPS that best fits your requirements, whether Lithium-ion or VRLA. With our extensive reach, we can also help you install them virtually anywhere, even if it means dozens or hundreds of remote branches or retail locations.

Interested in learning more? Connect with our  Facilities Team, request a Power Briefing or a Facilities Workshop. 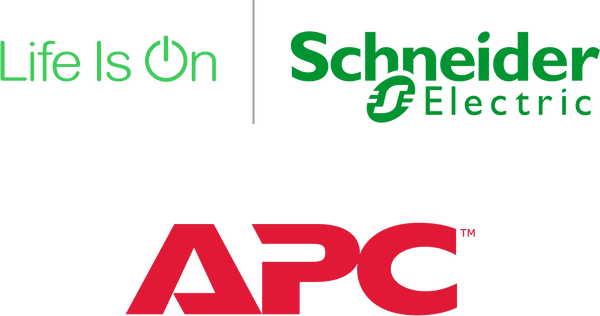