This article is part of the WWT Primer Series, a collection of content focused on the fundamental understanding of complex technologies and solutions.

Have you ever been sitting in a meeting when the conversation turns to a technology with which you are unfamiliar? Suddenly, a bunch of acronyms are being thrown around, and you have no idea what they mean, while everyone else is nodding their heads and seems to know exactly what is being discussed.

We've all been there, and to help our valued customers, the engineers at WWT set out to write a series of 'primer articles' to provide basic information on various products and technologies. This article is going to cover the basics of server virtualization.

I have been working with server virtualization for most of my career, but I also remember what IT was like before we could simply "spin up a virtual machine." Server virtualization is the ability to run a virtual instance of a computer system in a software layer abstracted from the physical hardware.

That may sound unnecessarily confusing, but consider the advantages of a single physical server's hardware being pooled and logically partitioned as multiple virtual machines. This is accomplished by running a thin layer of software called a hypervisor on each physical server. Common hypervisors are VMware ESXi, Microsoft Hyper-V and Linux KVM.

To better understand the advantages of this approach, it may be helpful to explain how a server used to be deployed before virtualization. We now refer to this pre-virtualization model as running the operating system (OS) on bare metal.

When a business wanted to bring up a new application or add a server to their environment, there were several steps that had to take place, possibly taking weeks or even months to complete. Those steps were as follows:

As you can see, there are numerous steps that took place to deploy a server in a pre-virtualization world. Running applications on servers on bare metal had additional drawbacks, such as server sprawl, high cost due to underutilized hardware resources and lack of high availability without complex third party software solutions.

Virtualization is the basic building block of a modern software-defined data denter (SDDC). SDDC refers to a data center where all infrastructure is virtualized and delivered as a service. I recommend scheduling a SDDC Workshop to learn more.

Benefits of server virtualization include:

Hopefully you found this article helpful in beginning to learn about virtualization. If you would like to learn more I'd suggest reading about Modernizing Applications with VMware or checking out this video on VMware's platform overview.

There are also several recommended labs for further hands-on learning:

Not finding the resource you're looking for? We'd love to hear directly from you. 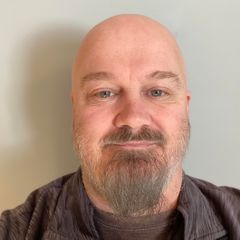