Virtualization enables multiple applications and operating systems to run on a single computer. Learn how to maximize the benefits virtualization can offer.

Virtualization is a process that enables you to run virtual versions of computer systems in a layer that's abstracted from your hardware. Virtualization creates virtual instances of IT services that have traditionally been bound to hardware, which allows you to run multiple applications and operating systems on a single computer.

Virtualization is now a standard process within enterprise IT architecture. It drives cloud computing activity and enables you to purchase computing resources when you need them at almost any scale.

How does virtualization work?

This process enables you to run hardware elements, such as memory, processors and storage, across multiple virtual machines (VMs). Each VM has an individual operating system and behaves independently from the user's hardware.

What are the different types of virtualization?

There are various types of virtualization technology, including the following approaches:

Data virtualization: Organizations increasingly store data in various file formats from multiple applications and locations, including the cloud, on-premises hardware and software systems. Data virtualization enables any application to access all that data regardless of the format, location and source. A data virtualization tool creates a software layer between programs that access data and the systems that store it, which helps to break down data silos.

Storage virtualization: This enables all storage devices on a network to be accessed and managed as one storage device. Storage virtualization combines all storage blocks into one shared pool, allowing them to be assigned to any VM connected to the network. This simplifies the provision of storage of VMs and maximizes the use of storage on the network.

What are the benefits of virtualization?

Virtualization provides your organization with a wide range of benefits, including:

Improved resource efficiency: Before organizations could use virtualization technology, they had to dedicate a physical CPU and configure a physical server for every application. Server virtualization enables you to run multiple programs on a device without affecting reliability and ensuring maximum utilization of the physical hardware.

Easier workflow management: Using software-defined VMs instead of physical computers makes it easier to run and manage policies. Management workflows can now be automated to ensure VMs make the best use of computing power and storage space.

Faster application provisioning: Provisioning VMs onto hardware is much faster than the time-consuming process of purchasing, installing and configuring hardware for every application. These VMs can also be automated and built into existing workflows using management software.

To explore your virtualization technology options further, contact us to get started.

Learn more about how World Wide Technology can help your company get the most out of virtualization
Connect with us today! 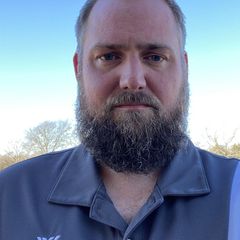