WWT and Intel "Stand Up Education" in Post-Maria Puerto Rico

Our joint relief effort in Puerto Rico continues as volunteers from both companies return from their recent ten-day mission to advance education technology in schools across the hurricane-scarred island. We deployed nearly 1,000 Intel NUCs, powerful mini-PCs, in 30 schools in Phase II-- and there's still more to be done.

For the people of Puerto Rico, 2017's Hurricane Maria is still very much front-page news. While vastly better than a year ago, residents continue to work their way back from the devastation that laid waste to homes, commerce and infrastructure.

WWT and strategic technology partner Intel were among the earliest private-sector entities to recognize the island's pressing need for assistance. Within weeks we dispatched a team of multi-disciplined specialists to Puerto Rico to provide immediate aid and, in particular, take stock of the damage to facilities in the Mayaguez School District.

With our first mission to Puerto Rico a year ago focused on assessment, the next one would be designed for deployment. After overcoming some unexpected logistical and political obstacles that delayed our original schedule, including a debt crisis that forced the closure of hundreds of Puerto Rico schools, WWT and the Intel Employee Services Corps embarked on Phase II of our "Stand Up Education" mission to Puerto Rico -- and we did not go empty-handed.

Our volunteer team of technology specialists returned from Puerto Rico in early December after successfully completing a five-day deployment plan to equip selected schools across the island-- many in the Mayaguez School District, one of the hardest-hit areas -- with a modern education technology infrastructure that's vastly better than what they had before. In those five brief days, our more than 40 volunteers were able to deploy nearly 1,000 new mini-PC devices in 30 schools to benefit some 15,000 students -- an incredible triumph of teamwork, talent and technology.

Assembling the teams and resources

Altogether, the donation drive spearheaded by WWT and Intel raised nearly $2.5 million in total hardware and in-kind services to help Puerto Rico schools and students, including donating $4,300 of school and personal supplies such as printers to be placed in every school we assisted. The centerpiece of the drive was a donation by Intel Corporation of nearly 2,000 Intel NUC Mini-PCs featuring the 7th Gen Intel Core i3 processor, Intel Optane memory, and Xubuntu OS, to be used in 30 school computer labs, pre-loaded with education software.

Preparation of the NUCs began with imaging in WWT's North American Global Integration Center, where they were equipped with an operating system and applications. They were then shipped to Puerto Rico and assembled into user-ready systems with monitors and keyboards to await deployment in the schools by volunteers.

A slow but steady return to normal

Arriving in Puerto Rico, our team was heartened by the signs of recovery from last year's devastation: the clearing of rubble, the restoration of basic power and communications services, and the return of a semblance of normalcy. Street lights along Route 2 that last year were strewn wildly about were once again upright and illuminated. Volunteers were pleasantly surprised to find that many schools even had decent internet connectivity--they just lacked modern devices to connect to it.

We broke into six teams consisting of personnel from WWT and Intel, as well as community volunteers, including from local technology provider Camera Mundi, whose participation was instrumental to our success. Over the next five mission days, our teams spread out across the island to bring modern education technology to historically underserved districts.

Community volunteers come to the rescue

Wherever we went, the community response to our presence was outstanding. In one instance, a classroom we were scheduled to equip with mini-PCs simply wasn't ready. That's when the local mayor got involved. He quickly assembled a 10-person cleanup crew to prepare the room. In less than 90 minutes, under the mayor's direction, everyone pulled together, and the room was spotless-- ready for us to go to work installing systems and training educators.

Much as we would have loved to do more, our teams could equip only so many facilities. Consequently, one school that did not make the initial cut was Escuela Segunda Unidad Bonifacio Alvarado, a mountaintop school in Orocovis that had served as a shelter during the hurricane. Although its director, Jose Aponte-Melendez, is very active in his community's rebuilding efforts, he was informed that his school lacked the required security and air conditioning necessary for a computer installation. Refusing to be so easily denied, the director assembled the resources and local support to meet those requirements, and his inclusion was approved.

Students' gratitude is our greatest reward

Teams repeated their process in school after school. We installed and powered up devices and peripherals, performed final configurations, in some cases improved network connectivity, trained teachers and other staff, and ultimately were rewarded with the thrill of watching young people's faces light up as they got to interact with their new technology for the first time.

Some students had never been on a computer before, or had only shared bits of time on a single ancient machine. We showed them how to maneuver the mouse and then loaded some art applications for them to get creative. The new NUC devices freed students to go literally wherever their curiosity led them. One boy who was turned loose on Google Earth managed to find his way to the moon.

On our final mission day, the 12 educators at Escuela Jose Gonzalez Ruiz in Aguada were especially eager to learn the new devices we were installing, and for a unique reason: They operate their own teaching website for their students, and now they have the technology that will enable them to teach all their students at once, something they were previously unable to do.

On the eve of our deployment mission, Intel and WWT co-hosted a STEM-focused hackathon event, "Education Got Hacked," to benefit schools and promote science and math education in Puerto Rico. Some 150 students took part in the 36-hour event, which ran Friday evening through Sunday morning. Their challenge: Apply their computer skills to improve K-12 education, developing software to be distributed on the Intel NUCs we would be deploying. Prizes of $1,500, $1,000 and $500 were awarded to the top three hackathon teams, respectively.

The hackathon was meant to foster teamwork, promote science- and technology-related disciplines, and stimulate innovation-- but it did more. A surprising number of hackathon entries dealt with new solutions for emergency communications, no doubt inspired by the sense of isolation from losing all contact with each other and the outside world after Maria. As a way of responding, participants developed apps to communicate basic messages such as: "Need food." "Need water." "Need medical attention," and so forth.

Participating in Stand Up Education was a life-altering experience for our volunteers, all with differing personalities, backgrounds, and skill sets, who joined forces for a common purpose.

The job's not over yet. Planning is underway to identify additional schools and map out deployment schedules for the remaining donated NUCs and peripherals. On our latest mission, WWT and Intel impacted 30 schools and thousands of children, but it's only the start. Nearly 1,000 NUCs have yet to be installed, with many more Puerto Rico schools to visit in 2019. You're invited to follow the progress as Stand Up Education continues its mission. 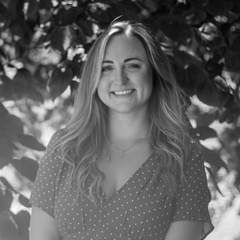