Employee Resource Groups at World Wide Technology are collaborating to raise awareness and strengthen allyship around disease, race and disability.

This February, S.H.A.D.E.S. and WWT ABLE Employee Resource Groups (ERGs) partnered to celebrate and bring awareness to the intersection of Black History Month, observed annually in February, and Rare Disease Day, held on the last day of February every year to raise awareness of rare diseases.

There are over 7,000 identified rare diseases, including Sickle Cell Disease, which is an autoimmune disease affecting those of African descent at a significantly higher proportion than other ethnicities. One in every 12 African Americans is born with the sickle cell genetic trait, and one out of every 365 African American children is born with the disease.

What is Sickle Cell Disease

Sickle Cell Disease (SCD) affects the body's red blood cells. It is a genetic condition that typically occurs when a child receives a sickle cell gene from each parent. The red blood cells take the form of a "sickle" and become hard and sticky. As they travel through small blood vessels, they get stuck and can clog blood flow due to their shape. Serious issues like acute chest syndrome, stroke or infection can develop.

African Americans are the most affected population by the disease. Other racial and ethnic groups affected include Latinos and people of Middle Eastern, Indian, Asian and Mediterranean backgrounds. In Sub-Saharan Africa, more than 300,000 babies are born with the disease each year.

Currently there are 100,000 diagnosed people of all races and ethnicities living in the United States with SCD. It's usually discovered at birth through newborn screening tests. Due to socioeconomical factors, only about one in four patients diagnosed with sickle cell disease receive the standard of care described in current guidelines.

People with SCD can be cured via bone marrow or stem cell transplant. However, these treatment options come with serious risks and require a close donor match like a parent or sibling and are only used in severe cases.

Chris Webber, a strategic engagement manager at WWT based in Oakland, Calif., recently detailed his experience with Sickle Cell Anemia. He talks about finding inspiration in his young neighbor Jazz, who has the disease, and the Aaron Ardoin Foundation, which was founded by WWT board member Priscilla Hill-Ardoin.

Priscilla Hill-Ardoin has served on the World Wide Technology board since its inception, bringing along experience like being AT&T's first director of diversity. She is considered to be a pioneer and visionary among her peers. Priscilla's intelligence, extensive business experience and acumen, and resilient nature embody every core value we embrace at WWT. Priscilla's oldest son, Aaron, interned at WWT. In 2004, at the age of 23, Aaron passed away due to complications from Sickle Cell Anemia.  Priscilla started and maintains the Aaron Ardoin Foundation for Sickle Cell Anemia to support research and education of the disease, as well to help those whose lives are impacted by the disease

WWT's Employee Resource Groups are intended to strengthen our workforce by encouraging diversity, equity and inclusion. These groups help those in them better understand others through listening, learning and engaging. As we celebrate our employees' unique contributions to our culture and business, we put them in a position to make a meaningful impact on our business and community.

Diversity is about the representation of different genders, races, nationalities, abilities and sexual orientations and identities. S.H.A.D.E.S. and WWT ABLE have come together to promote and celebrate these diversities and understand that people are not monolithic. 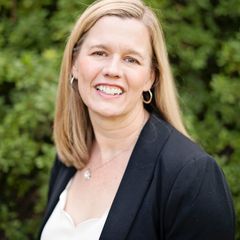 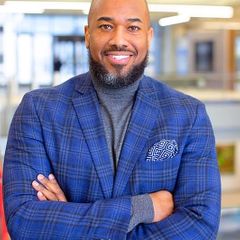