Is your Wi-Fi infrastructure vulnerable to an attack threat? Do you know? How would you find out?

Is your infrastructure vulnerable to an attack?

There are many attack vectors to a wireless infrastructure. Some are targeted attacks, others are passive attacks.

Targeted attacks have descriptive names which may be familiar. A few of the most common targeted attacks are machine-in-the-middle, evil twin, rogue access points, ad-hoc wireless networks and deauthentication attacks.

The functionality of a WIDS/WIPS feature set within your wireless infrastructure deployment can give you the peace of mind to know that wireless attack vectors will be identified, reported on and prevented before the attack can lead to a breach of your wireless network security. WIDS/WIPS rulesets can be enforced to quarantine client devices identified as the source of targeted attacks, or quarantine rogue access points that are the source of evil twin attacks.

Ready to talk about your infrastructure?
Reach out today 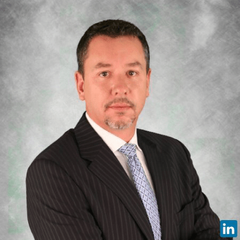