This article is part of our WWT Primer Series, a collection of content focused on the fundamental understanding of complex technologies and solutions.

Have you ever been sitting in a meeting when the conversation turns to a technology with which you are unfamiliar. Suddenly, a bunch of acronyms are being thrown around that you have no idea what they mean while everyone else is nodding their heads and seems to know exactly what is being discussed.

We've all been there, and to help our valued customers, the engineers at WWT set out to write a series of 'primer articles' to provide basic information on various products and technologies. This article will cover the basics of VMware's data center strategy in early 2020.

VMware's approach to data center has changed dramatically over the years. Historically, the virtualization giant was among the first to abstract the compute and memory layer from x86 servers. This was initially leveraged in lab, test and development environments to allow more than a single operating system to run on a single physical server.

Eventually this technology proved itself and has now been adopted for almost every production workload. Some of the largest databases and most intensive workloads are routinely run on top of VMware's hypervisor in 2020. VMware earned its position because not only did this lower cost for these applications, it also increased availability and improved response time for infrastructure requests.

As competition from other hypervisor vendors and public cloud providers increased, VMware's data center strategy shifted to be a more complete solution. Their focus became creating a software-defined data center (SDDC), enabling customers to build upon that platform to power their own private cloud solutions. Originally, this was a loose collection of products packaged under the 'vCloud Suite' label. With time, those products have become tightly integrated.

Today, VMware is both competing with public cloud providers and other vendors that provide data center solutions. Their approach is to try to build a 'VMware Everywhere' for the data center.

Essentially, VMware has worked with major public cloud providers (AWS, Azure, GCP, Oracle, IBM) to provide their SDDC natively on those clouds.  VMware also has a partner program that enables smaller or more focused entities to host customers on their platform. This currently numbers more than 4,000 individual partners.

WWT refers to VMware's current data center strategy as the fourth cloud. This makes a lot of sense (if you think of cloud as a location vs. an operating model). VMware is building a common operating infrastructure that is much larger than any single cloud provider.

Additionally, most customers already run VMware as a core part of their infrastructure – so compatibility is built in. But most importantly, the operating model is the same. This means that the same processes a customer uses today will work with the VMware solution on any of the above cloud providers, VCPP partners or their own private cloud.

Still, this doesn't deliver the same capabilities as the public cloud can offer today, such as native services which enable a new development paradigm. To directly address this competitive threat, VMware is enabling Kubernetes (K8s) natively on their platform and focusing a big part of their effort on both management of K8s as well as developing a K8s marketplace.

The vision is that containers will run as well (or better) on VMware than any other platform. A lot of the services currently locked to an individual public cloud will ultimately be published to run on other platforms via K8s. (This has already begun to happen with SQL on Azure and RDS on AWS.) VMware will essentially become 'the Switzerland' of these cloud services and will host services from multiple public clouds on their infrastructure.

If VMware is successful, they could have the largest cloud service, running in the most regions, with more services than any single public cloud provider -- very ambitious!

Learn more about it

Hopefully, this provides you with some basic context around VMware's vision for 2020. If you would like to learn more, please leverage our ATC to review some of our VMware SDDC labs:

If you have any other questions, we'd love to hear directly from you. 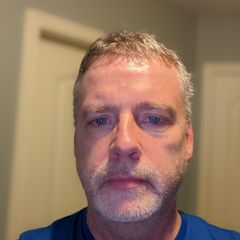