What Is Network Function Virtualization (NFV)?

Network function virtualization (NFV) describes the use of technology to virtualize network services to reduce costs and make them faster and more agile.

Network function virtualization (NFV) describes the use of technology to virtualize network services, including load balancers, firewalls, routers and switches that traditionally run on proprietary hardware to reduce costs and make them faster and more agile.

Essentially, it’s a way to accelerate service deployment and reduce operating costs of network operators by decoupling network functions from dedicated hardware and migrating them to virtual servers.

This enables service providers (especially telcos) to run their networks on standard servers instead of proprietary ones. Leveraging virtual machines also removes the need to use dedicated hardware for every network function.

This means service providers can purchase inexpensive servers, storage and switches to run virtual machines that execute network functions rather than install proprietary hardware. As such, multiple network functions can be handled by a single physical server, which minimizes truck rolls and reduces operating/maintenance costs.

What are the core benefits of Network Function Virtualization (NFV)?

The two main benefits of NFV are improved agility and scalability. With this model, service providers no longer need to requisition additional hardware resources to dynamically add capacity and deliver new applications and network services.

For instance, there’s no need to deploy new hardware across the network to enable encryption. Admins can deploy encryption software on a switch or standardized server that’s already in the network. Also, service providers can simply create a new virtual machine whenever there’s a need to add a new network function.

Combined, among other benefits, these factors help greatly improve agility and scalability.

What are the components of NFV architecture?

This describes a framework for provisioning, managing and orchestrating new VNFs and NFV infrastructure.

What are the top NFV deployment options?

VNFs are the application layer of NFVs. They provide the software code that delivers feature-rich network applications. Multiple VNFs can be service-chained to deliver broad network functions for sophisticated use cases. There are dozens of proprietary and open source VNF options available to network operators.

Why should you use NFV?

At its base level, network function virtualization offloads networking functions onto software that can run on widely available industry hardware, thus reducing the need for service providers to use expensive, proprietary hardware. Separating network function from dedicated hardware delivers several benefits including:

By enabling enterprises to modernize their networks with modular software running on standard server platforms, NFV enables high-performance networks with greater adaptability, elasticity and scalability. It’s suitable for a wide range of applications including 5G, Internet of things and SD-WAN, among others.

Learning the value of NFV

Service providers are gradually modernizing their networks and moving services and workloads out of data centers to virtual machines and the edge of the network. From there, they can deliver more efficient services with higher bandwidth and lower latencies. 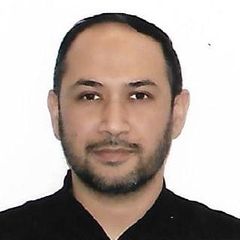