Get a deep dive into Azure Virtual WAN architecture, including some key points that speak to why organizations might want to look into this as a means to connect campus and branch locations to the Azure cloud.

The adoption of public cloud technology is fundamentally changing the way traffic flows from end-users to applications, and forcing network architects to rethink their cloud connectivity strategies. Azure Virtual WAN is a new cloud networking architecture designed to simplify large scale branch connectivity to the Azure cloud while simultaneously providing an architecture that enables enforcement of network security policies.

What is Azure Virtual WAN?

Microsoft has constructed a massive global network in Azure, consisting of over 130,000+ miles of fiber optic and undersea cables, 160+ edge site locations and 60+ Azure regions (at the time of writing this). Azure Virtual WAN is a new networking service released to general availability in November 2019 that allows customers to leverage the Azure network backbone to build high-speed global transit network architectures.

For most large global organizations, Virtual WAN Standard will be the service choice, but the basic offering does exist for less-complex connectivity scenarios.

The Azure Virtual WAN solution is comprised of a number of components that facilitate inter-connectivity between branches, end-users and Azure Virtual Networks, including:

For many customers with a large Azure cloud presence, one predominant method to interconnect Azure resources, on-premise locations and end users is to develop a hub-and-spoke architecture leveraging transit vNets. In this architecture, on-premise locations and end users would connect to Azure via VPN or Express Route into a transit vNet deployed strategically in regions throughout the globe. These transit virtual networks would then "peer" with spoke vNets in the same region to provide connectivity to provisioned Azure resources.

As the customer's Azure cloud footprint grows, so does the number of transit and peered vNets, which naturally introduces some challenges involving increased routing complexity, limitations in the number of connected VPN sites and throughput and limitations on the number of virtual networks that can peered with an Express Route circuit.

Lastly, because all routing is performed within the Virtual WAN Hub, any vNet that is peered to the Virtual WAN Hub will automatically trigger an update to the global routing table, eliminating the need to configure routing within the spoke vNet itself and/or establishing peering relationships between spoke vNets that need to communicate with each other. Below is a diagram of the traditional global transit vNet architecture updated by using Azure Virtual WAN.

Another option would involve the integration of third-party network security solutions such as those offered by Cisco, Palo Alto Networks, Checkpoint or Fortinet, which provide customers an option to use a common security stack in a multicloud network architecture. These third-party security solutions would connect directly into Azure Virtual WAN Hubs, allowing customers to secure network communication at a regional level.

Microsoft recognizes the opportunity to help customers and partners automate provisioning of connectivity between customer networks leveraging SD-WAN solutions and the Azure cloud, and have developed a program to help establish guidelines for supporting automated solutions.

Azure Virtual WAN partners can leverage Azure APIs to download the Azure-side configuration into their SD-WAN controller solutions and upload the customer-side SD-WAN VPN configuration into Azure, providing for a seamless automated deployment process. Some requirements exist, specifically that the SD-WAN solution would need to be available as an endpoint on the public Internet, with an external public IP address assigned to the WAN interface, and the SD-WAN device would need to support IPSec/IKEv1 or IPSec/IKEv2 to establish the VPN connection into Azure.

Each partner has flexibility into how they integrate their SD-WAN solution with Azure Virtual WAN.  At the time of this article's release, some popular SD-WAN solutions such as those provided by Palo Alto Networks, Checkpoint, Fortinet and Silver Peak (among many others) are supporting this integration.

Note that any device meeting the requirements listed above can connect to the Azure Virtual WAN service and that connectivity between branch offices and Azure are not limited to those partners who have implemented automation into their solutions.

Having a thorough understanding of the components that lead to costs within Azure is a critical step in planning any customer deployment. Pricing for Azure Virtual WAN is comprised of a few components, including:

Customers can calculate the cost of their Azure Virtual WAN solution by determining:

As outlined above, Azure Virtual WAN can dramatically simplify your Azure cloud networking architecture and provides numerous possibilities to integrate data center and/or co-location facilities, large campus offices, smaller branch offices and remote users into a global transit network architecture. We work with organizations of all sizes to architect and deploy cloud networking solutions and offer the broadest portfolio of partner capabilities to provide our customers with a true end-to-end networking solution.

We'd love to work with you and your organization on your next cloud networking initiative. Reach out to us directly to begin the discussion or request one of our offerings below to get started today. 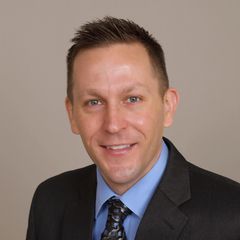 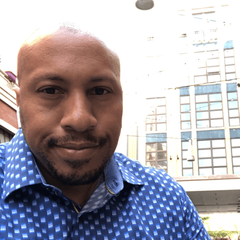