Combination of Cisco and AppDynamics Puts Application Performance in the Spotlight

Cisco's acquisition of AppDynamics is a game changer for Enterprises with the potential for simplified monitoring of IT infrastructure.

Cisco's $3.7 billion acquisition of AppDynamics on the eve of the company going public took the tech industry by surprise.

The company was already seen as an up-and-coming software provider specializing in application performance monitoring. With Cisco now in the picture, many are asking why a traditional hardware company in the business of networks and switches would invest billions for a niche software segment?

Here at World Wide Technology (WWT) we've worked with both Cisco and AppDynamics and see the combination of the two as a real game-changer for our enterprise customers.

AppDynamics has always been one of the best kept secrets in the tech industry. We recommend their product to many of our enterprise customers for many purposes, such as those that want to test, build applications and optimize applications that are critical to keeping their business functioning at full capacity.

AppDynamics maps out applications extremely well and gets down to the code level of the app for a more precise reading on performance and responsiveness. Unlike other monitoring solutions, AppDynamics requires less specialization so it can be stood up quickly and painlessly. AppDynamics really excels at identifying potential problems such as slowdowns, errors, crashes and downtimes before they occur, and this we believe is why Cisco took notice first as a customer, then as a buyer.

The entire enterprise market has shifted away from its hardware roots toward a cloud-based economy where the majority of all products are delivered as a service. We see this represented in Amazon's dominant e-commerce and cloud business; banks, hotels and airlines moving core operations to online and mobile; and former hardware-centric companies like IBM, HP and, of course, Cisco trying to reposition themselves as software and cloud providers.

It is a highly connected world made up not only of networks. but also applications sitting on the front and back-end of these networks. Imagine a complicated mishmash of technologies existing within a large, online house of cards where the failure of one or two pieces can cause the entire system to come crashing down. That's the reality of doing business in a connected service economy.

So many core applications exist solely online that any downtime could produce crippling losses in money, time and productivity.  In fact, a 2016 IHS survey report indicated that network outages cost North American companies about $700 billion a year. AppDynamics provides a simple, comprehensive way to monitor all the different applications that are in play to eliminate that risk.

The rapid expansion of the Internet of Things (IoT) and this dependence on cloud-style services has made uptime and performance not just an option but a mandatory requirement for every business.

Understanding the business transactions behind these services and finding problems rapidly if not before they occur can be the difference between success and failure for a business. The benefit of AppDynamics to an organization is now they can have a detailed real-time view on every facet of how an application is running. With AppDynamics a DevOps team can engineer an optimized experience as a part of their normal development and maintenance with minimal effort. When combined with application analytics, an organization can truly understand their applications and make critical business decisions to meet ever changing user demands.

Cisco could see this online service economy becoming the norm and realized that just having the network monitoring component was no longer sufficient in servicing their clients. The network could be running just fine but if the applications running on it are buggy then there's nothing they can do. It was becoming an increasingly serious pain point that Cisco couldn't address.

With AppDynamics they have a golden opportunity to really plant their flag on the software side of this economy with a holistic tool set that gives full visibility into the entire data center, from one end to the other.

For an IT person on the front lines they no longer need to rely on different monitoring tools for each component of their infrastructure, each producing different numbers that they need to sort through to get to the true source of the problem.

A Cisco/AppDynamics product portfolio could give them a common monitoring tool set that looks at the performance of the entire IT infrastructure so when a website is down or a page takes too long to load they now have a single tool that everyone can sit down with -- the networking people, the storage people, the compute people -- and they all can say, "here is the problem; let's go and fix it."

AppDynamics was always a great, standalone product before but now that Cisco is backing it the sky's the limit. Since the news of the deal became public my inbox has become inundated with enterprise customers asking about AppDynamics and what it could do for them.

For WWT, the deal gives us more flexibility to test the two product groups and see what the combination can really do. The potential is there to benefit e-commerce, finance, military, healthcare, and any other industry that needs their application to run at the optimum efficiency 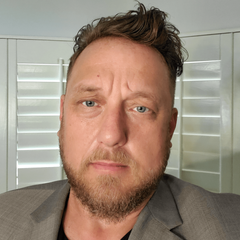